This pretty village lies in the Lincolnshire Wolds, an Area of Outstanding Natural Beauty. There's some good footpaths including the epic Viking Way and a number of peaceful, flat country lanes.
This route uses part of the Viking Way and a series of country lanes to create a circular walk around the village. It's a long walk but very flat for nearly all the way. On the way you'll visit a series of neighbouring settlements and enjoy some lovely Wolds countryside.
The walk starts in the village where you can pick up the Viking Way and follow the waymarked footpath south to Fulletby, Low Toynton and the historic Roman town of Horncastle. There's some nice trails along the old Horncastle Canal and the River Bain to be found in this attractive town.
You then follow Hemingby Lane north to Furzehills and the village of Hemingby. From here you continue north along Green Lane to Goulceby where you pick up the Viking Way again. Follow the path south east and it will take you to Asterby House and Scamblesby before passing Juicetrump Hill and returning to Belchford.

LN9 6LQ - Please note: Postcode may be approximate for some rural locations

After your exercise head to the Bluebell Inn for some well earned refreshment. It's a traditional pub serving high quality dishes. They also have a garden area. You can find them on the Main Road at postcode LN9 6LQ for your sat navs.

The country trails make for a fine dog walk. The Bluebell Inn mentioned above is also dog friendly.

Just to the north is the worthy village of Donington on Bain. Here you'll find nice views of the River Bain, a 12th century church and a fine 18th century pub. Near here there's also Biscathorpe and East Wykeham where there are the sites of two deserted medieval villages to explore.
For more walking ideas in the area see the Lincolnshire Walks page. 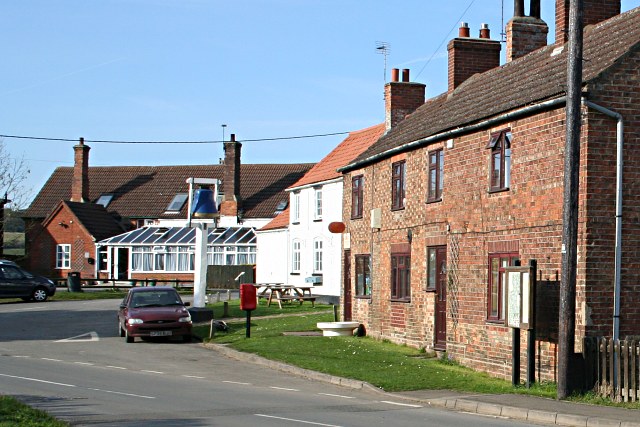 Belchford. The building in the foreground houses the village post-office, behind that is the village pub, the Blue Bell and beyond that a care home which used to be the village school. 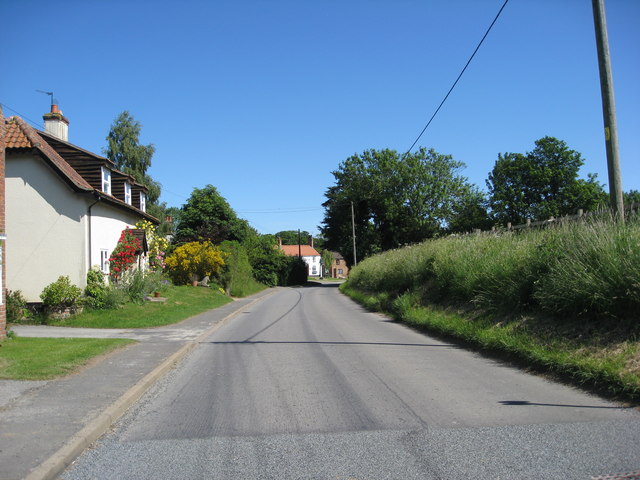 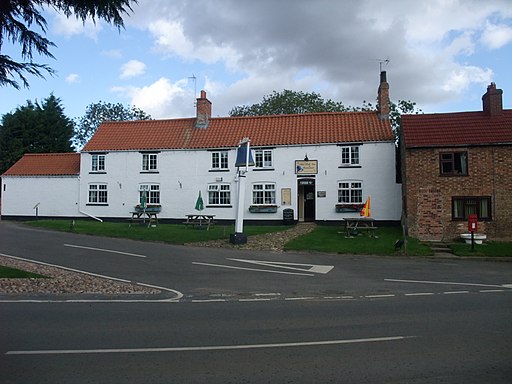