This route follows the towpath of the Grand Canal from Dublin to Shannon Harbour on the River Shannon. It follows the Grand Canal Way which is an offical waymarked long distance trail.
The walk runs for 72 miles, passing through a number of interesting towns and villages with a number of pretty locks and nice views of the surrounding countryside. It is usually completed in 5 days.
The route starts near Adamstown on the Lucan Bridge about 16km outside Dublin city centre. You then head west through Ardcliffe to Sallins, where the canal passes over the River Liffey at the Leinster Aqueduct. The final section runs through Edenderry, Tullamore and Rahan before it reaches the Shannon at Shannon Harbour in County Offaly. At Robertstown, the canal intersects with the Barrow Way, which follows the Barrow Line extension to the canal to Athy for part of its route
The canal runs parallel to the Royal Canal just to the north. You can pick up the slightly longer Royal Canal Way at Newcomen Bridge in North Strand.
To join with the trail from the Grand Canal Dock in the city centre see the Dublin Canal Walk page. The walk starts from the dock and heads through Portobello, Dolphin's Barn, Inchicore, Bluebell and Clondalkin before coming to Adamstown.

The route links with the Barrow Way, a 100km walk following the River Barrow from Robertstown, County Kildare to St Mullin's, County Carlow. 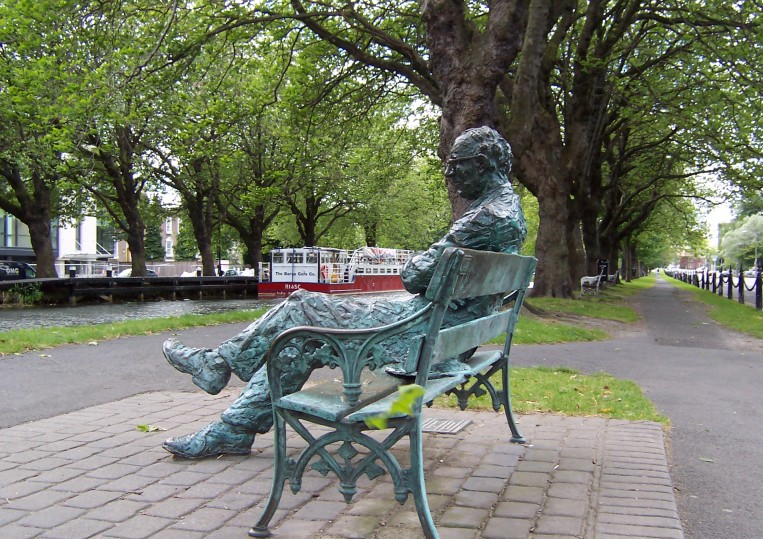 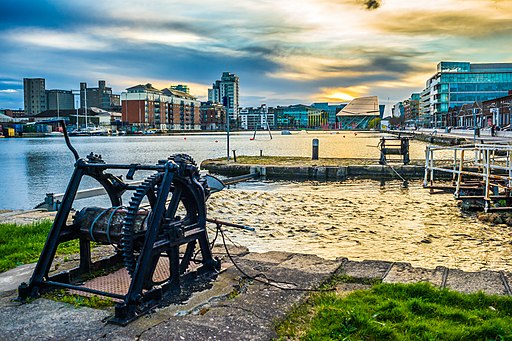 Grey Heron prowling the banks of the Grand Canal in Dublin 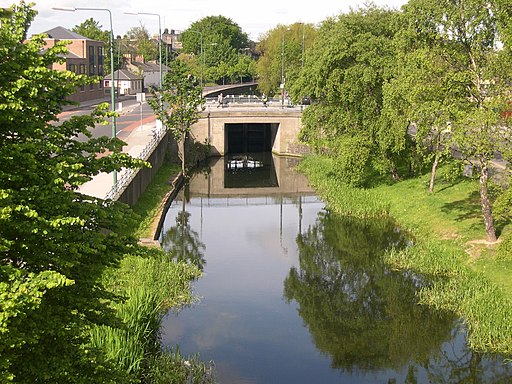 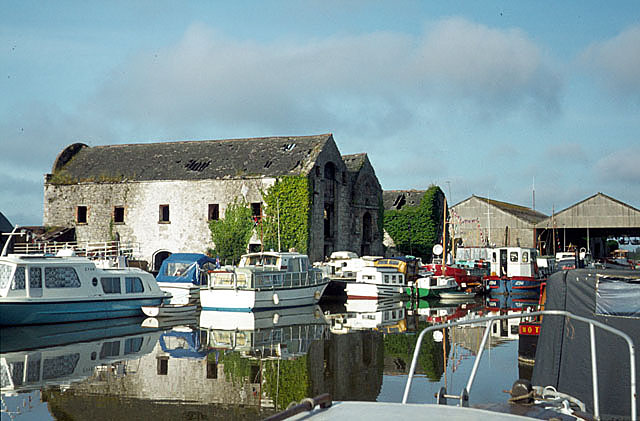