Explore the beautiful Howth Head Peninsula on this fabulous coastal walk near Dublin. The route is one of the most popular walks in Ireland, with waymarked footpaths taking you along a series of wonderful cliff tops. The area is also great for wildlife spotting with grey seals and a variety of sea birds to look out for on the way.
The route runs for nearly 7 miles, passing along the coast on fairly easy paths.
The walk starts from Sutton Railway Station which is only a 20 minute train ride from Dublin Connolly station. From here you follow Station Road and Greenfield Road south to the coastal path. The path heads south with views on your right across Sutton Creek and Dublin Bay to Bull Island.
The route then bends round to the east, passing along Doldrum Bay before coming to the Baily Lighthouse where a lighthouse has stood since the 17th century.
The path then turns north passing Webb's Castle Rock, Gaskin's Leap, Highroom Bed, Piper's Gut and the Nose of Howth before coming to Howth village. Originally just a smalláfishing village, Howth with its surrounding once-rural district is now a busy suburb of Dublin. The area also includes Howth Castle with an estate which includes extensive heathland, Howthácliffs, light woodland, and the island ofáIreland's Eye. You can catch a ferry to the island from the docks just to the north of the village. Here you can see the huge freestanding rock called 'the Stack', which is generally covered with hundreds of seabirds including guillemots, razorbills, fulmars and gulls.
Howth is also full of great pubs and cafes where you can stop for refreshments and try some of the excellent locally sourced seafood.
The final section descends back to the coast path, before turning north to return to Sutton train station.
For a more challenging walk around the peninsula try the Purple Route (Bog of Frogs) which climbs to the hills above the coast. From here there's wonderful views over Portmarnock,áSutton,áBull Islandáand most ofáDublin Bay. Just to the north you can try the Malahide to Portmarnock Coastal Walk which provides fine views to the Broadmeadow River estuary and Lambay Island.
To continue your walking in Dublin head south west from the city centre to visit Tymon Park. There's a number of nice waymarked woodland trails and waterside paths along the River Poddle here.

The aptly named Summit Inn is a good place for some post walk refreshments. It's wonderfully located at the summit of Howth Hill and has an interesting history. The inn was originally built in the 19th century as a thatched cottage and was the highest stop on the old GNR Hill Of Howth Tramway which travelled from Sutton train station up the hill to the summit and then down the hill to Howth station. Sadly the tram was shut down in 1959, although its track (opposite the pub) is still used today and is the quickest way on foot from the summit to the village. There's a fine view from the front of the bar overlooking the islands of Ireland's Eye and Lambay and, further north, The Mountains Of Mourne in lovely County Down. Inside, the bar is traditional and cosy with a turf fire in the corner. You can find the pub at 13 Thormanby Rd, D13 XK50.

The path is a great place for a dog walk and you will probably see other owners on your outing. You may want to keep less experienced dogs on leash though as the cliff top is steep. 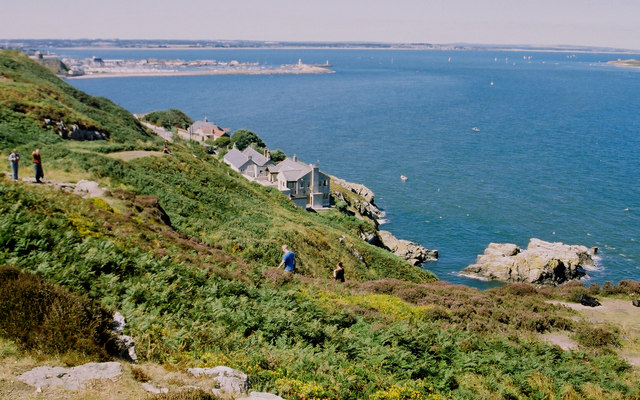 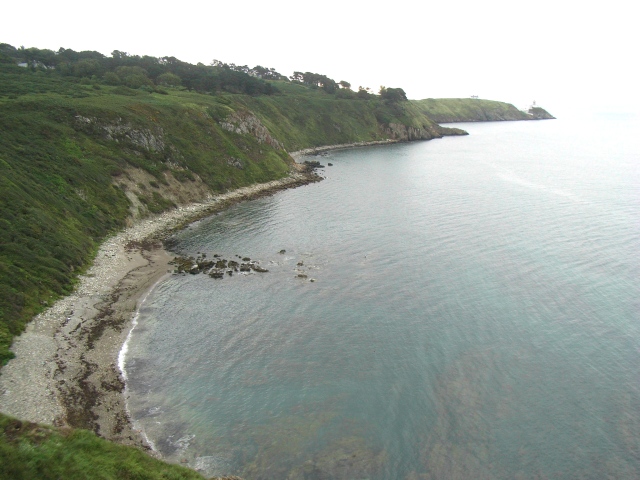 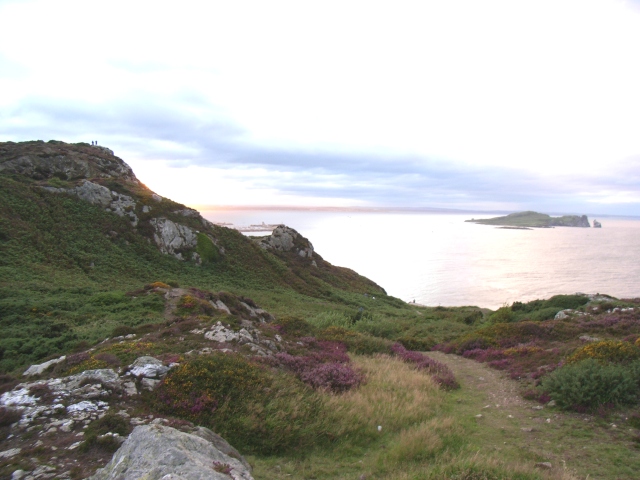 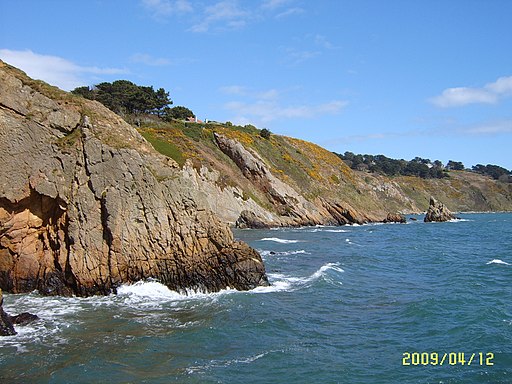 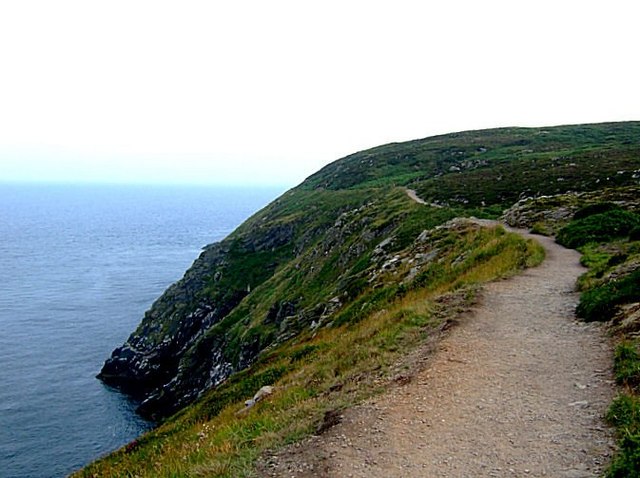