Travel through the setting of Sir Walter Scott's 19th century novel on this circular walk around Ashby-de-la-Zouch in Leicestershire.
The path starts Ashby-de-la-Zouch and first heads to Moira where you will follow the Ashby Canal for a short stretch. The route continues passing Shackerstone, Coalville and Staunton Harold. Highlights on the path include the Ashby Canal, Cliff Hill Quarry and Staunton Harold Reservoir. Also look out for the National Trust owned Calke Abbey Park near the Staunton Harold Reservoir. This Grade I listed country house is slightly off the route but well worth a visit.

Near Coalville you will pass the high point of Leicestershire at Bardon Hill. After enjoying the views from the the hill you could stop off at The Bulls Head in Abbot's Oak, for some refreshment. They serve good food with particularly fine Italian stone-baked pizzas. There's also a lovely garden area to relax in on warmer days. You can find them at postcode LE67 4QQ for your sat navs.

In Moira there's the splendid Moira Furnace to visit. There's a fine country park here with woodland and parkland trails surrounding the early 19th century iron furnace. There's also a museum featuring lime kilns and craft workshops. Here you can learn all about Moira's significant part in the industrial revolution. The woods, ponds and mountain bike trails of Hicks Lodge are also located just east of the site.
For more walking ideas in the area see the Leicestershire Walks page.

Red Hill From the Ivanhoe Way looking east towards Whitwick. Small herd of bullocks in the next field and a large pile of dung on the left waits to be spread on the recently harvested field. 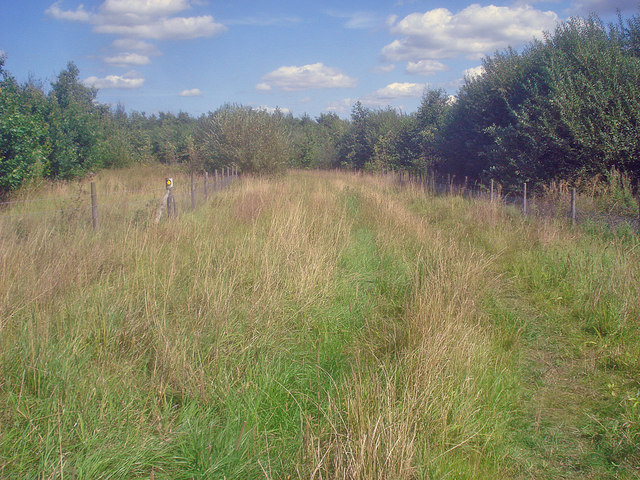 Dilworth New Clumps. Heading east from near the Willesley Lane. 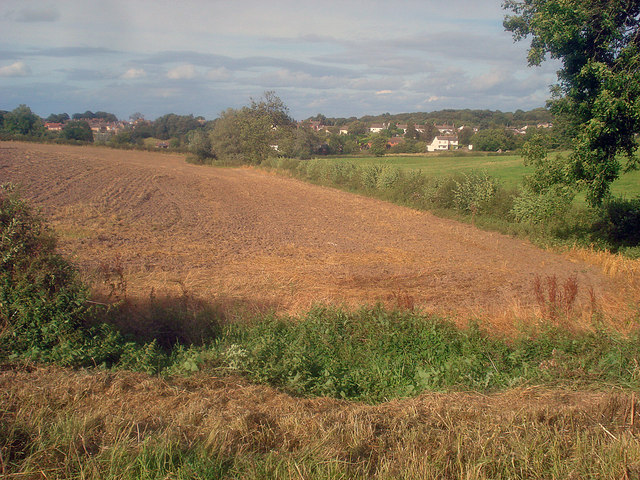 Farmland west of Thringstone. Looking north-east towards Thringstone. Mixed arable and grassland in this area.

Old Parks Farm in Northwest Leicestershire, close to the county boundary with Derbyshire.

Ivanhoe Way in Moira. The houses are at the end of Poplar Avenue.

Heading north-east out of Ashby and under the A511. The Ivanhoe Way is a 35 mile circular walk around north Leicestershire, celebrating Sir Walter Scott's 1820 novel 'Ivanhoe'. Scott chose Ashby de la Zouch castle and the surrounding countryside as one of the settings used in the book, having got to know the area whilst staying at nearby Coleorton Hall.