This walk takes you along a section of the South West Coast Path from the village of Mousehole to the picturesque Lamorna Cove. You then have the option of heading inland to visit Lamorna village. It's about a 3 mile walk on an undulating footpath with views of St Michael's Mount and Mount's Bay to enjoy.
The walk starts in Mousehole where you can pick up the South West Coast Path and follow the waymarked trail south past the pretty harbour. The walk continues past Merlyn Rock, Raginnis, Point Spaniard, Penzer Point, Slinke Dean and Kemyel Point before coming to Lamorna Cove. There's a little pebble beach, a quay and a harbour to enjoy here. At the Quay you can pick up a country lane and follow it north into Lamorna village where there's an interesting old smugglers pub to visit.

At the end of the route head to the Lamorna Wink pub in the village. It's a friendly place which does excellent seafood. The name alludes to smuggling, "the wink" being a signal that contraband could be obtained. There's a charming interior with a fine collection of maritime artefacts. There's also some outdoor seating if the weather is fine. You can find them at a postcode of TR19 6XQ for your sat navs.

The coastal path is a good one for fit dogs. The Lamorna Wink mentioned above is also dog friendly.

To continue your walking around Mousehole head north on the Penzance to Mousehole Walk. You can then visit the famous port town of Penzance where you can catch boats to the Isles of Scilly.
If you continue west along the path then you could visit Porthcurno and the famous Minack Theatre. The wonderful open air theatre is positioned above a gully with a rocky granite outcrop jutting into the sea. From here you can try the Porthcurno to Land's End Walk which takes you to the most westerly point of England.
Near Penzance you can also visit Trengwainton Gardens where you can follow footpaths to a series of beautiful walled gardens, tranquil ponds and lawns.
You could also pick up the St Michaels Way and head to Marazion where you can visit the wonderful St Michael's Mount.
For more walking ideas in the area see the Cornwall Walks page.

Mousehole. Looking across the harbour at low tide. 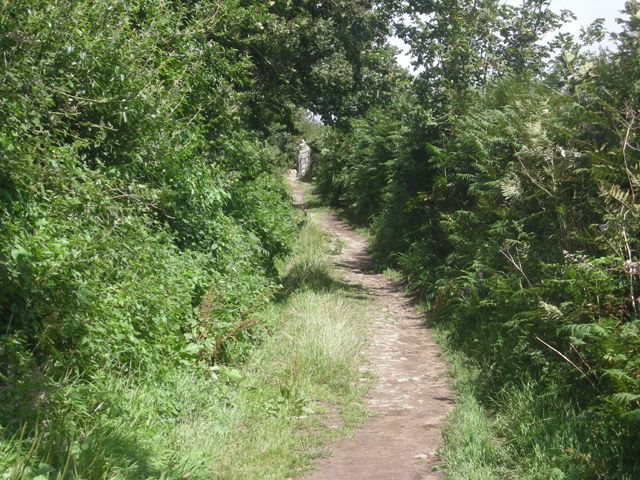 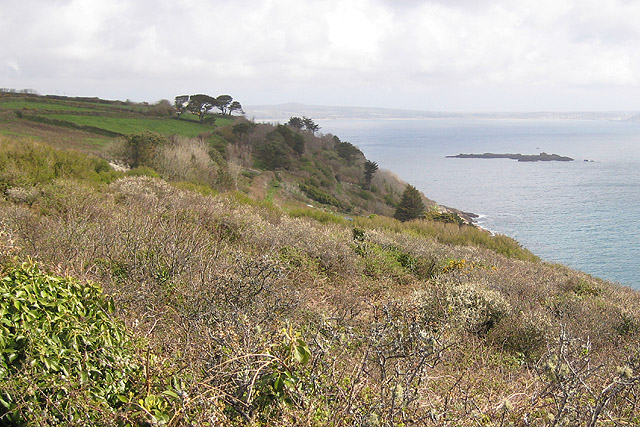 The rocks are St Clement's Isle, outside Mousehole harbour.

The South West Coast Path approaching Slinke Dean. The distinctive pines of Kemyel Crease Nature Reserve on the horizon in an area once used for growing bulbs and potatoes in small fields known as quillets. This is part of a walk from Mousehole to Lamorna Cove - well recommended. 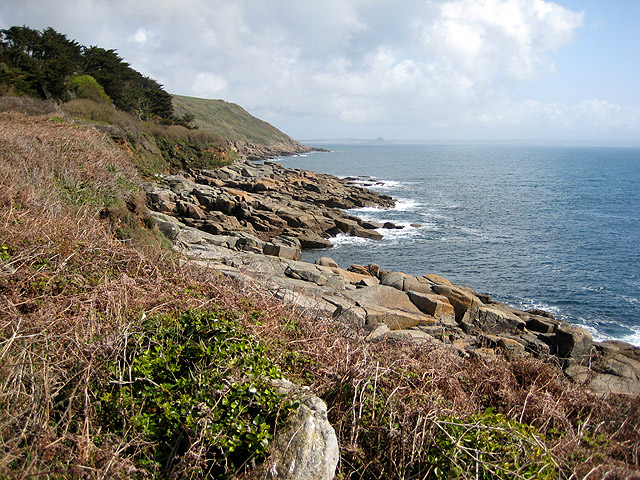 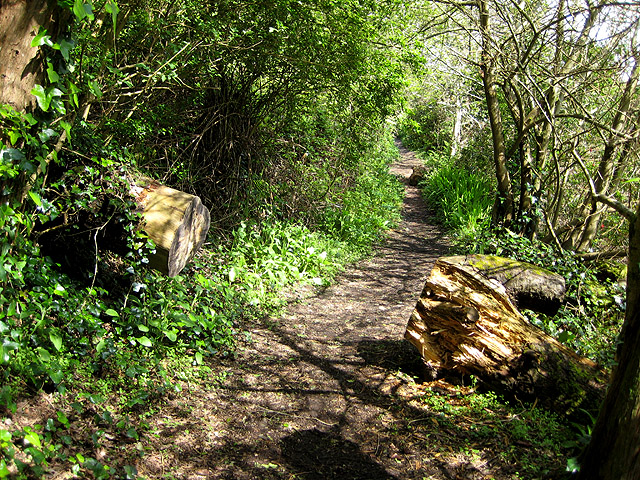 Passing through Kemyel Crease Nature Reserve. The fallen tree has been sawn through to re-open the path through the reserve. The area was once used for growing potatoes and bulbs in small fields called quillets.

Carn-du. A promontory on the eastern side of Lamorna Cove

Lamorna Cove. The attractive cove is on the Penwith peninsula and became popular with artists in the late nineteenth and early twentieth centuries.