Enjoy an easy stroll along the Kennet and Avon Canal from Newbury to Hungerford via the lovely village of Kintbury. It's a beautiful section of the canal with several pretty locks, old stone bridges and views of the River Kennet which runs alongside the canal. There's lots of wildlife to see too with kingfishers, mute swans, coots, moorhens and herons visitors to the area. At the end of the walk you can catch a train directly back to Newbury.
The route starts at Newbury Wharf where there is an information centre and cafe run by the Kennet & Avon Canal Trust. You head west along the canal towpath passing the attractive Victoria Park and several buildings linked to the history of the canal. You continue to the 18th century Newbury Lock before passing Benham Lock and Hamstead Park. Soon you come to the delightful village of Kintbury, named by the Sunday Times in 2007 as one of the 'top ten most sought-after villages in England'. You could take the opportunity here of enjoying refreshments at a canal-side pub.
The final section runs from Kintbury to Hungerford, passing Brunsden Lock and the River Dun on the way. In Hungerford there is a pretty wharf and a number of nice pubs. You could head to the 16th century John O' Gaunt and enjoy a well earned drink after your exercise.
To continue your waterside walking in the Newbury area you could pick up the Lambourn Valley Way. Following it north from the canal will take you to Donnington Castle and then along the River Lambourn to Boxford. The lovely heathland and woodland of Snelsmore Common Country Park can also be accessed very near to the castle.

In Newbury you will find the delightful Tea Shop By The Canal which is perfect for afternoon tea. Set in an interesting old Grade II listed building the tea shop blends the comfort and warmth of Italian culture with the fine and splendid rituals of English Cream Teas. There's also outdoor seating so you can sit out right next to the canal on warm summer days. You can find it at The Stone Building, The Wharf, Newbury with a postcode of RG145AS.

In Hungerford there are some nice wide trails to follow across Hungerford Common. The expansive common is located just to the south of the canal and a popular place for dog walkers.
The little village of Chilton Foliat lies less than two miles to the north west of Hungerford. It's a lovely place for a stroll with several pretty thatched cottages, wildlife rich marshland and nice views of the River Kennet which runs through the settlement. Near here you can also visit Littlecote House, another of the area's highlights. The house dates from the mid 16th century and is surrounded by beautiful parkland and gardens. There's also a wonderful ancient Roman mosaic and the opportunity to enjoy afternoon tea at the historic house which is now run as an hotel. 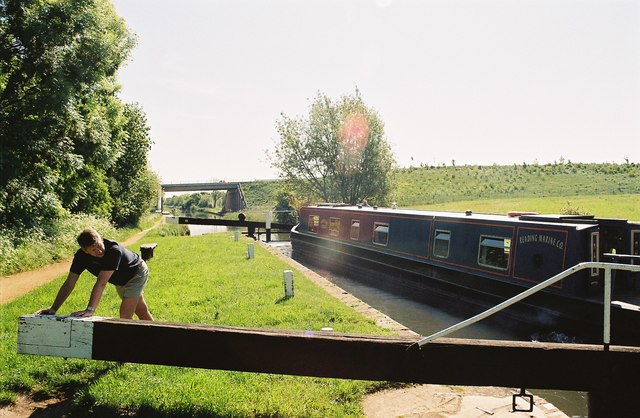 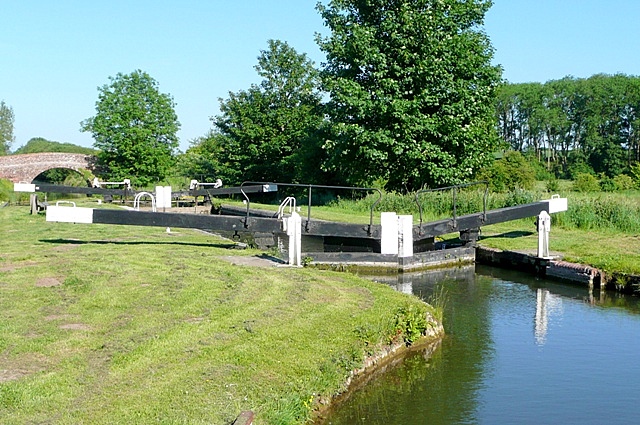 The Kennet and Avon Cycle Route at Marsh Benham