Enjoy a nice easy stroll from Oxford to Abingdon on this walk along a nice section of the Thames Path. It's a lovely area with the University College boathouses, a series of pretty islands, rushing weirs and some historic locks.
The walk starts from Folly Bridge next to Christchurch Meadow. The bridge was erected in 1825–27, to designs of a little-known architect, Ebenezer Perry (died 1850), who practised in London. From here you pick up the river path on the south side of the bridge and head south along the Isis. The Isis is the name given to the part of the River Thames above Iffley Lock which flows past Christ Church Meadow and is the focal point of rowing for Oxford University.
On this section you will pass several of the University rowing clubs including Trinity College Boat Club and The Queen's College Boat Club. On the other side of the river you can see Christchurch Meadow and the area where the River Cherwell meets the Thames.
You continue towards Donnington Bridge, passing the Long Bridges Nature Park on the way. The next stage passes Iffley Meadow before coming to the noteworthy Iffley Lock. The original lock was built by the Oxford-Burcot Commission in 1631 and the Thames Navigation Commission replaced this in 1793. The lock has a set of rollers to allow punts and rowing boats to be moved between the water levels. It's a very picturesque area with the lock and the 19th century lockhouse.
After passing the lock the route continues south past the Rivermead Nature Reserve, Isis Bridge, Hinksey Stream, the tree covered Rose Isle and Fiddler's Elbow, the largest of the pretty set of islands on this section of the Thames. Near here you'll also come to another notable lock at Sandford.  The lock has the deepest fall of all locks on the Thames at 8ft 9in (2.69m) and is connected to a large island which is one of three at this point.
You continue past Nuneham Park where there's some nice trails to be found in the delightful Harcourt Arboretum.
The final section runs past Radley Lake before coming into Abingdon and finishing at Abingdon Bridge. You can return on the same paths or catch a bus back to Oxford. Radley train station is also nearby so you could also catch a train back if you prefer.
To continue your walking you could try our Abingdon Circular Walk. There's nice waterside paths along the river, views of Abingdon Abbey and a visit to the villages of Culham and Sutton Courtenay.

At the end of the route the Nags Head in Abingdon is a must see. The pub is located in a wonderful spot on its own island next to Abingdon Bridge. There's a splendid large garden area where you can sit outside and enjoy a fine view of the river with your meal. You can find them at postcode OX14 3HX for your sat navs.

The river trails make for a fine dog walk and the Nags Head mentioned above is also dog friendly. 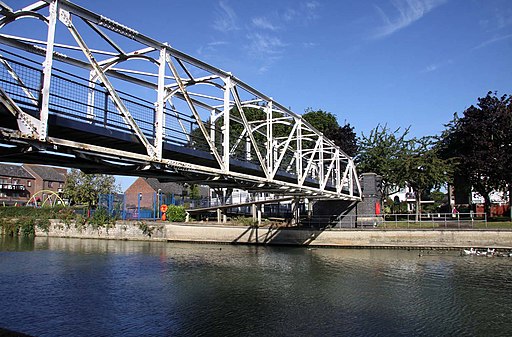 Grandpont Bridge over the Thames 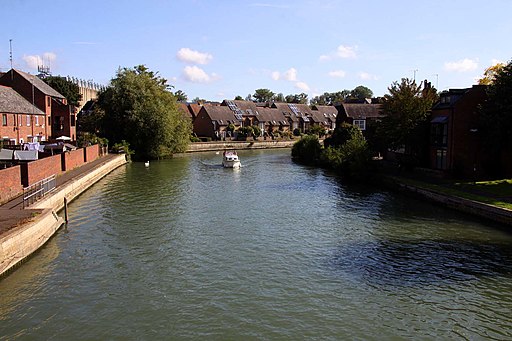 The River Thames from Grandpont Bridge 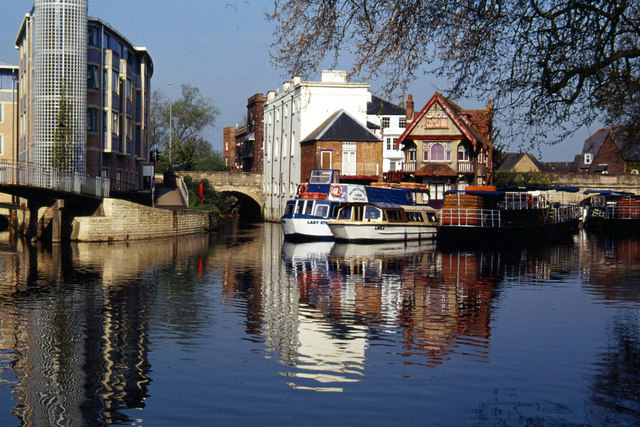 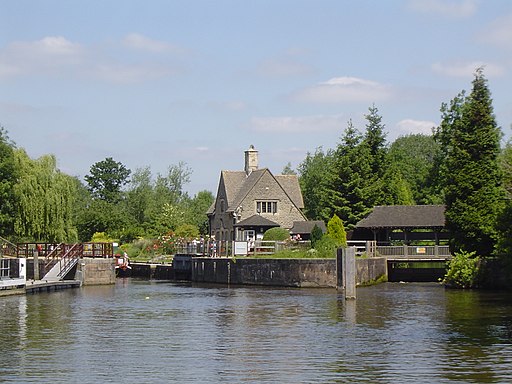 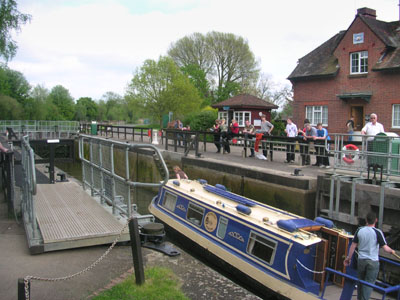 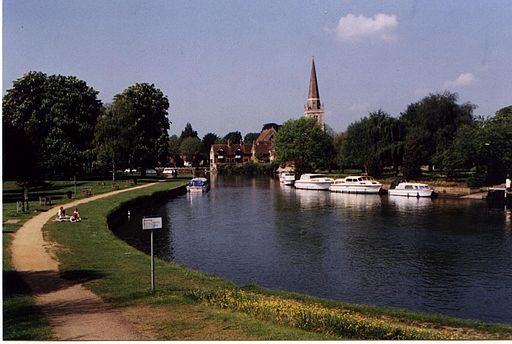