This walk follows the South West Coast Path from Torquay to Brixham via Paignton. It's about an 8.5 mile walk with flat footpaths more most of the way. There's some moderate hill climbs as you approach Brixham and the option of extending the walk with a climb up to Berry Head Country Park if you have time.
On the way there's great views of the Torbay coast with a series of lovely beaches, coves and villages to enjoy.
The walk starts at Corbyn's Head on the sea front in Torquay, just a short stroll from the train station. You then head south to Hollcombe Beach and Paignton Sands which is a popular tourist spot with a pier and funfair.
The route continues to the pretty village of Goodrington where there's a station on the Paignton and Dartmouth Steam Railway, a water park, three beaches, and a nice park with a boating lake.
The route continues south to the interesting Saltern Cove. The area is designated as a Site of Special Scientific Interest because of its diverse communities of intertidal plants and animals. It's also geoligically significant due to the limestone and sandstone present.
The next stage takes you past Broadsands Beach, another popular tourist spot.  Here there are great views of the Dartmouth Steam Railway, which crosses two Brunel viaducts near the area.
You continue around Churston Point to Elberry Cove where you will find a shingle beach surrounded by woodland and fields. The path proceeds along Churston Golf Course to Brixham Battery and the marina. Here you will find a replica of the Golden Hind, best known for her privateering circumnavigation of the globe between 1577 and 1580, captained by Sir Francis Drake.
You can relax and finish the walk on the marina and enjoy refreshments at one of the nice eateries. If you still have some energy then a walk up to Berry Head Country Park is a good option. The path will take you past Shoalstone Point and Ash Hole Cavern to the headland. It's a fantastic place for wildlife with a large Guillemot colony to look out for on the cliffs.
To extend your coastal walking try the Brixham to Dartmouth Walk which visits the splendid Sharkham Point Nature Reserve and the lovely gardens at Coleton Fishacre. 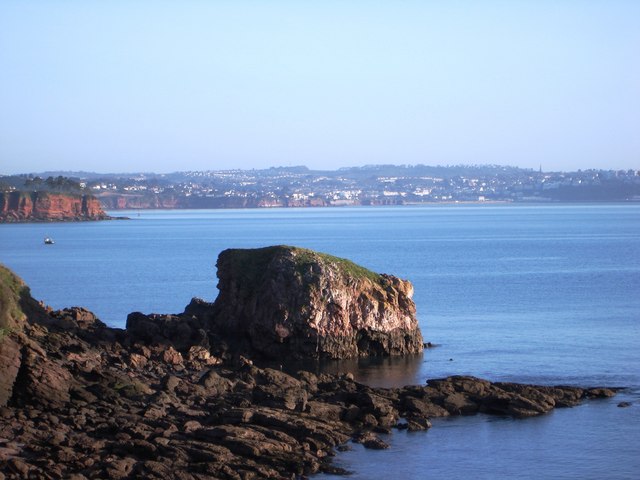