Along the northern end of this large lake you'll find a lovely footpath running along the lake shore and through the lakeside woodland. On open days you can also visit the Discovery Wood where you can see roe deer, badgers, foxes and otters. There are nesting boxes for owls, tits and kestrels too. On the nature trail there are wildflower meadows with Green winged orchid, knapweeds, white ox-eye daisies and pink devils bit.
There's also the Blagdon Pumping Station and Visitor Centre with science and environment exhibits, a picnic area and views of the impressive dam.
You could also start your walk from the village of Blagdon and pick up a footpath heading east from the village to the lake. This trail will take you past Holt Farm to the southern edge of the lake.
If you would like to continue your walking in the area then you could head to the nearby Chew Valley Lake where there is a lovely circular nature trail to try. You could follow the waymarked Two Rivers Way east to visit the lake and the attractive village of Chew Magna.
The climb to Beacon Batch on Black Down hill starts from the car park at nearby Burrington Combe. The hill is the highest point in the Mendips and provides great views over the lake from its elevated position.

BS40 7UW - Please note: Postcode may be approximate for some rural locations

Head to Blagdon village where you will find a number of nice pubs for refreshments after your walk. The New Inn (Postcode BS40 7SB) is a classic rural inn overlooking a fishing lake, serving real ales and pub grub with leafy beer garden. The Queen Anne and Seymour Arms are also great options.

The lake is a great place for dog walking although they do have to be kept on the lead here. They can't go in the water, as the lake is Site of Special Scientific Interest (SSSI) and in the summer blue-green algae forms in the water. The New Inn pub mentioned above is also dog friendly.

The lake, which was originally called the Yeo reservoir, covers 440 acres (180 ha). It was formed by the construction of a dam and provided water to the pumping station which originally contained four beam pumping engines, which have now been replaced by electric pumps. Two of the steam engines have been preserved, with one in working order as part of the visitor centre which also includes educational facilities for children. The pumping station is now a Grade II* listed building. 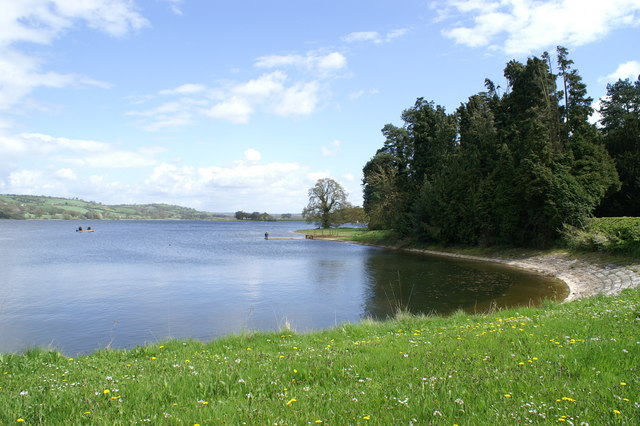