Visit Ludlow Castle, Whitcliffe Common and the River Teme on this walk around one of England's most attractive towns.
The walk starts at the imposing Ludlow Castle, just a short distance from the train station. The ruined medieval fortification was one of the first stone castles to be built in England, dating from the 11th century. You can follow public footpaths around the castle or pay for admission to the inner grounds.
The paths will take you to Dinham Bridge where you can cross the River Teme and turn left into Whitcliffe Common. The common is a lovely place for a stroll with a number of waymarked trails to try. The footpaths will take you through woodland, along the river and up to a splendid viewpoint where a toposcope shows the Shropshire Hills you can see. It's a great spot and well worth the short climb.
After exploring the common cross the bridge at the eastern end and follow Broad Street North through the town. There's some wonderful medieval and Tudor-style half-timbered architecture to admire including Castle Lodge. The 13th century period house is famous for being the residence of Catherine of Aragon whilst she was married to Prince Arthur. There's also the parish church, St Laurence's, the largest in the county of Shropshire. It's another popular visitor attraction with more fine architecture and a fascinating history.
Two very fine long distance trails pass through the town so it's easy to extend your walking in the area. You could follow the Shropshire Way north and head through the countryside to Stanton Lacy with views of the River Corve on the way.
The Mortimer Trail will take you south west through Mortimer Forest where you can climb to High Vinnalls and enjoy panoramic views over the Herefordshire countryside.

The Wheatsheaf Inn is a fine choice for some post walk refreshments. The historic inn dates from the 17th century and sits in a fine location adjacent to the 13th century Broadgate.

To the south west of the town there's a good climb to the Croft Ambrey hill fort and the picturesque village of Shobdon with its pretty canal pool and historic old court.
Just to the west there's the attractive village of Leintwardine to visit. There's some nice river trails along the Teme and the Clun which converge at the former Roman settlement. There's also a historic ancient bridge and two fine old pubs to investigate afterwards.
For more walking ideas in the area see the Shropshire Walks page. 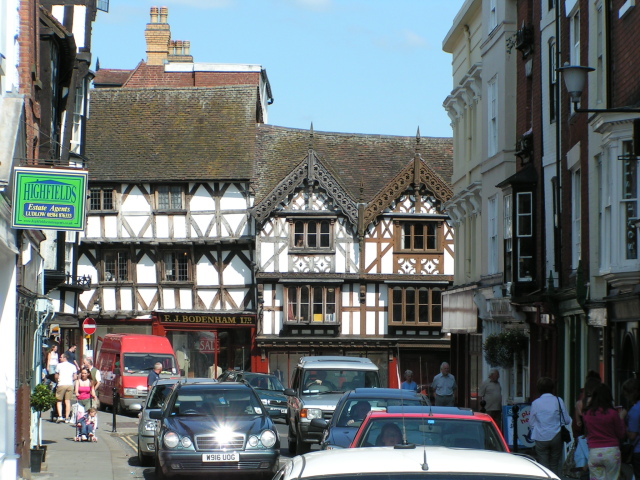 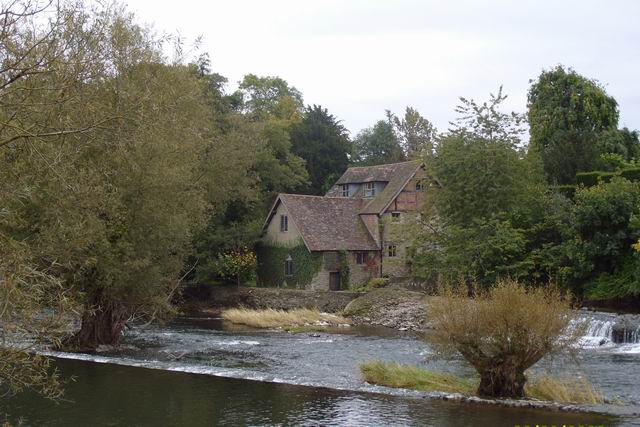 Weirs on the river 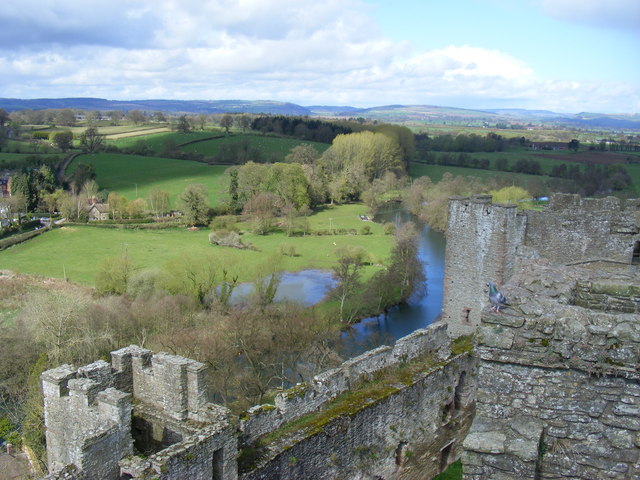 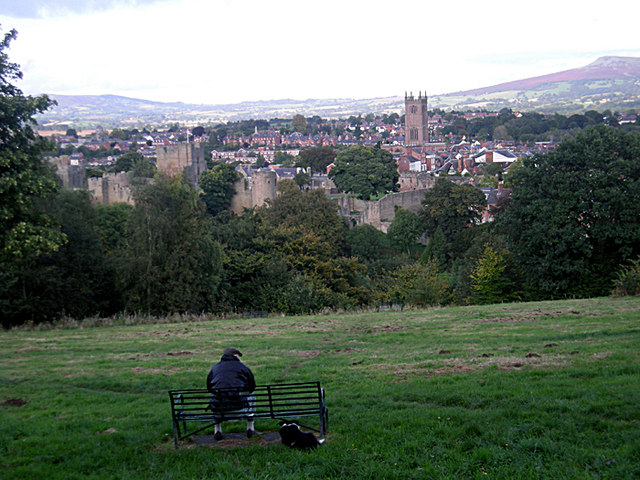 View over the town from Whitcliffe Common