This epic long distance path links Boston in Lincolnshire to Abbotsbury in Dorset. It is promoted to raise money for the charity Macmillan Cancer Relief.
The route starts from Boston and then runs across the Fens to Bourne before joining the limestone belt. You then head to Stamford and then along the shoreline of Rutland Water. You'll also pass through the medieval market town of Oakham where there's some wonderful old architecture at the Norman castle and the 16th century Oakham School.
The trail then heads south and west via Warmington to Stow-on-the-Wold, then into the Cotswolds via Cirencester and Tetbury to Bradford-on-Avon. After leaving the Cotswolds you follow the path through Somerset passing Castle Cary before entering Dorset and the final section to Abbotsbury via Sherborne.
The route joins with other popular trails including the Viking Way at Oakham, the Thames Path National Trail near Thames Head and with the South West Coast Path towards the end of the route.
The Macmillan Way is well waymarked with a green and white disc.

At the start/end of the walk in Boston you'll find the noteworthy Goodbarns Yard. They have a good menu and a lovely large garden area right next to the river. The pub also has some history, dating back over 700 years with some interesting old town photos on the walls. You can find them just east of the train station on a cobbled medieval street, near to St Botolphs church. The address is 8 Wormgate with a postcode of PE21 6NP for your sat navs. The nearby church is also well worth a visit, being one of the landmarks of the town. The tower of the church is visible for many miles over the flat scenery of Lincolnshire and is known as "Boston Stump". It is notable as the largest parish church in England.
The Harbour Cafe is in a lovely spot overlooking Whitwell Harbour on Rutland Water. It's a great place to stop on the route and rest your legs. The cafe is open 7 days a week from March until November then they open Friday, Saturday and Sunday through the Winter. They offer a wide variety of, cooked breakfasts, home cooked lunches, snacks, great coffee and cakes in a relaxed family friendly environment. There's a great outdoor seating area with fine views of the water. You can find the cafe on Bull Brigg Lane with a postcode of LE15 8BL for your sat navs.
One of the must see buildings on the route is Britain's oldest pub at the Porch House in Stow on the Wold. The inn has an interesting history dating all the way back to the 10th century when it was thought to have been a hospice built on on land belonging to Evesham Abbey. The interior has bags of old character with wonky ceilings and a very fine 16th century fireplace. They do excellent food and also provide accommodation if you need to stay over. There's also an outdoor area for finer days. You can find the historic inn on Digbeth Street with a postcode of GL54 1BN for your sat navs. It's also dog friendly if you have your canine friend with you.
In Castle Combe make a stop at the noteworthy Castle Inn. The inn dates from the 12th century with many features of the original construction still in place today. There's an attractive bar, a conservatory or a courtyard for warmer days. You can find the pub on West Street with a postcode of SN14 7HN for your sat navs.
The Wiltshire village of Sherston has an historic pub in the shape of the 16th century Rattlebone Inn. The pub is named after John Rattlebone who was fatally wounded in the Battle of Sherston in 1016 when he fought alongside Edmund Ironside and defeated King Canute. You can find the pub on Church Street, with a postcode of SN16 0LR.
In Castle Cary there's the historic George Inn. The quaint old inn dates all the way back to the 15th century. There's a charming olde worlde interior including an inglenook fireplace with an elm beam, said to date back to the 10th century. You can find them on the Market Place with a postcode of BA7 7AH for your sat navs.
In the Mendips there's the delightful village of Nunney to explore. There's much to enjoy here with a medieval moated castle, a 12th century church, lots of quaint old cottages and a pretty brook running through the centre of the village. There's also an excellent 17th century pub in the shape of The George. The historic pub includes a charming interior with many of the original features such as stone walls, exposed beams, and large open fireplaces. Outside there's a splendid walled garden area for warmer days. You can find them opposite the castle on Church Street with a postcode of BA11 4LW for oyur sat navs. 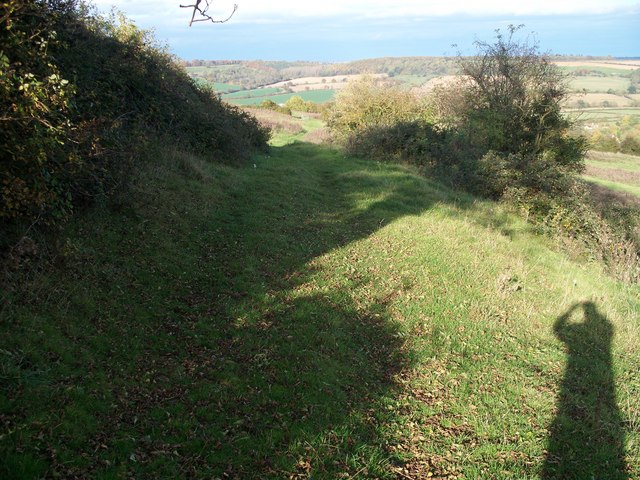 Along the River Welland near Fosdyke Bridge

Part of the trail where it passes through Orchardleigh Estate. Taken from the estate road leading up to Gloucester Lodge. 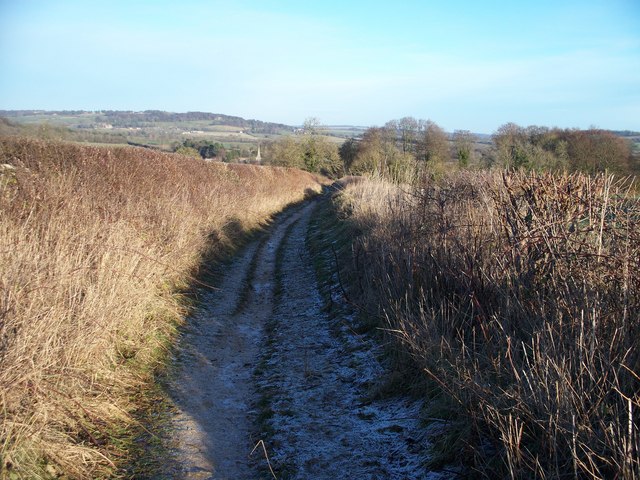 The bridleway heads towards Lower Slaughter in the Cotswolds. The spire of the parish church of St Mary the Virgin can be seen in the background. See The Slaughters Walk for more details about this area. 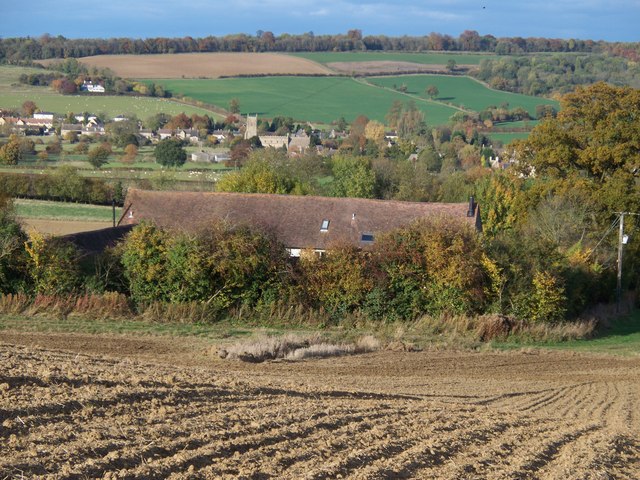 From the footpath is this view of a barn conversion at the bottom of the field. The church of St Peter and St Paul in Long Compton is visible in the middle distance.

From close to where the Way crosses Sugarswell Lane, following a footpath to Alkerton. The combe is the source of one of the headwaters of the Sor Brook.

The Way follows this forestry road within King's Wood Warren and in total runs through five miles of woodland in this area.

The Way descends from Whatley into the combe below just beyond the next hedge.