This attractive market town has a number of good options for walkers. To the east there are waymarked trails to follow along the River Teign to the beautiful estuary at Teignmouth. To the south there are nice trails to follow around Decoy Country Park, while to the west there are more riverside paths. A few miles to the north there's a series of nice footpaths too follow across Ideford Common.
This walk takes you north of the town where there are waterside trails along the Stover Canal, leading you to the lovely Stover Country Park. This sits on the edge of the Dartmoor National Park where there are hundreds of miles of footpaths for walkers to try. The route runs for about 8 mile and includes splendid views of the River Teign and the surrounding Devon countryside.
The walk starts just to the north of the train station where you can pick up the Templer Way long distance trail. The waymarked footpath takes you along the canal to Teigngrace where you turn east to meet the River Teign at Preston. A short riverside section heads west to Ventiford where you follow the Ventiford Brook in Stover Country Park. It's a lovely spot with a series of nice trails to follow through 114 acres of woodland, heathland, grassland and lakes.
Head around the lake and you can follow different trails back to Teigngrace, via Stover School. You can then pick up the canal again to take you back into Newton Abbot.

The interesting town has several must see landmarks including the tower of St Leonard. The ancient tower is all that remains of the medieval chapel of St Leonard, founded in 1220. There's also the 15th-century Bradley Manor and series of delightful 16th century Almshouses.s 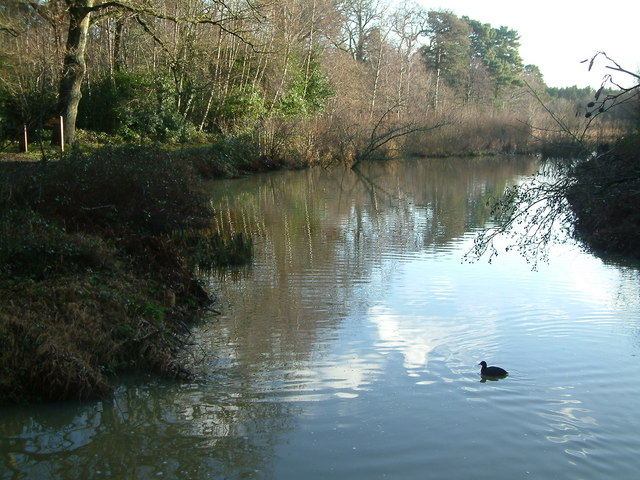 The Lake at Stover Country Park