This long circular walk makes use of various waymarked footpaths to take you on a tour of the city's rivers, canals, nature reserves and parks.
The walk starts at the train station and heads a short distance south to the River Trent. You then follow the Trent Valley Way along the river to the Attenborough Nature Reserve. Here you can explore over 350 acres of lakes, wetland, woodland, grassland and scrub with a huge variety of wildlife to look out for. The Beeston Canal can also be picked up at the eastern of the reserve, next to the pretty Beeston Lock.
The walk then heads north, away from the river, towards Chilwell and Stapleford where you climb to Stapleford Hill Park. Here you will find the Hemlock Stone, an outcrop of New Red Sandstone, deposited more than 200 million years ago in the Triassic Period.
The walk then heads east towards Wollaton Park. The park includes an exquisite Elizabethan mansion surrounded by acres of parkland, woodland, lakes, formal gardens and the deer park.
The final section takes you along the Nottingham Canal to the train station and the finish point.
To extend your walking in the city, head east along the river and visit Colwick Country Park and Holme Pierrepont Country Park. These two nice parks have waterside trails around a series of lakes and waterways.
The long distance Robin Hood Way and Erewash Valley Trail also pass through the city.

A must see on the walk is the unique Canalhouse pub. It is famous for having a canal that extends into the grade II listed building, complete with resident narrow boats. There's also a large covered beer garden situated by the canal side which enables people to sit outside no matter the weather. You can find it at 48-52 Canal Street, NG1 7EH
Also of interest is the Fellows, Morton & Clayton housed in the former canal museum. The 19th century pub has nice outdoor seating next to the canal. It's also on Canal Street near to the Canalhouse pub

On the western side of the city there's some decent cycling and walking trails in Broxtowe Country Park.
For a nice easy stroll near the city head a few miles east to the picturesque Gunthorpe. This lovely village includes a pretty lock, a rushing weir and a fine riverside hotel for post walk refreshment. Rolleston, Burton Joyce and Fiskerton with its million pound properties are just up the river from here too.
On the north eastern side of the city there's the delightful Lambley Dumbles to visit. There's much to enjoy here with steep sided valleys, streams, orchards, waterfalls, ancient woodland and lots of interesting geology and flora to see. Lambley village is also worth a visit with two fine pubs to relax in after your exercise. Just next to here is the neighbouring settlement of Lowdham where there's a 13th century church and some fine walks through the valley of the Cocker Beck.
For more walking ideas in the area see the Nottinghamshire Walks page. 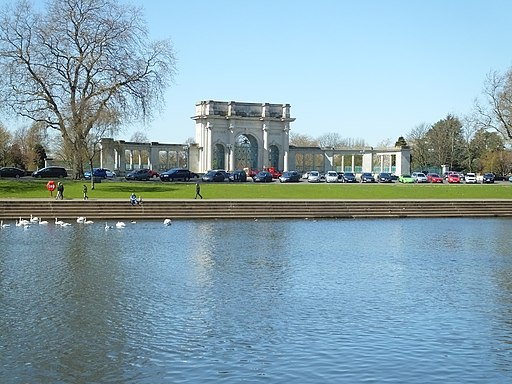 Nottingham War Memorial over the river

The Trent upstream of the Clifton Bridge 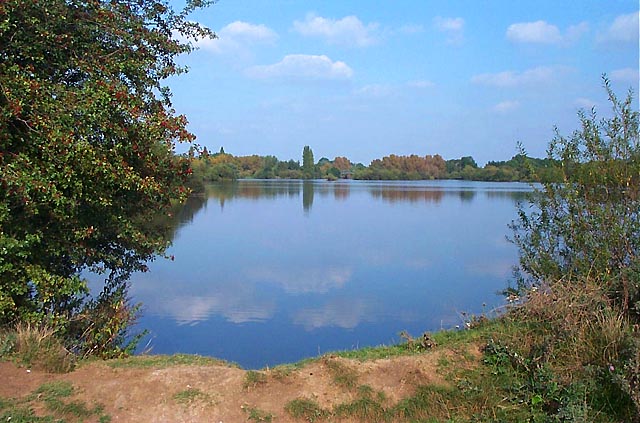 Fence and tree line from the Stable Block at Wollaton Park 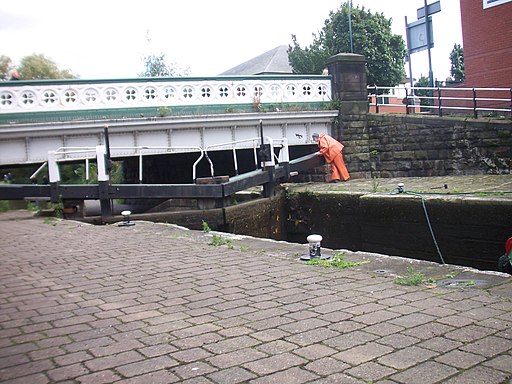