A circular riverside walk around the Northamptonshire town of Oundle. The route makes use of a series of waymarked paths including the long distance Nene Way. It's a lovely area with a series of weirs, pretty little villages, old mills and nice views of the Northamptonshire countryside.
Starting in the town centre head south to meet the river. You have the option of continuing south to visit Oundle Marina and Barnwell Country Park but this route heads south east, following the bend in the river round to the little village of Ashton. You can take a small detour to explore the settlement, where you can see a nice village green and a number of Tudor style, thatched cottages dating from 1900-1901. The Creed Chapel and adjacent school building date from 1705 and the manor house from the 15th century.
The river then heads north to another pretty village at Cotterstock. Here you will find the 12th century Church of St Andrew, located to the east of the village, next to the river. There's also the 17th century Cotterstock Hall, an early 19th century mill and lots of pretty little cottages to see here.
At Cotterstock Hall the route turns south, passing Oundle Wharf before returning to the town. Here you can enjoy refreshments at one of the old pubs including the Talbot Hotel which was rebuilt with stone from the ruins of nearby Fotheringhay Castle. There's also the Rose & Crown (a 17th century inn haunted by the White Cavalier) and the Ship Inn which dates from the 14th century.
To continue your walking in the area visit Barnwell Country Park where there's several pretty lakes, attractive meadows and great wildlife spotting opportunities.
You can also continue along the Nene Way. Heading north east will take you through the countryside to Warmington, while heading south takes you to Barnwell.

Head north east along the Nene Way and you could visit Warmington and Fotheringhay. The river is particularly picturesque here and there's also the remains of the old Norman castle to see. Wansford with its old bridge and fine riverside pub is also on the trail just to the north.
For more walking ideas in the area see the Northamptonshire Walks page. 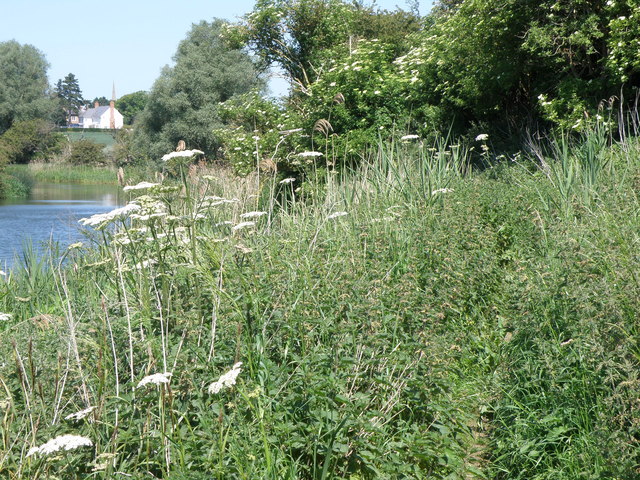 There's never a dock leaf around when you want one 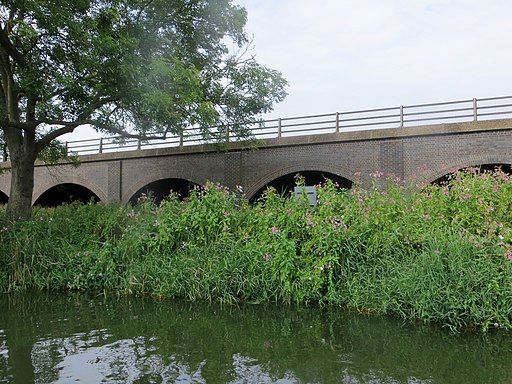 Brick bridge carrying the A605 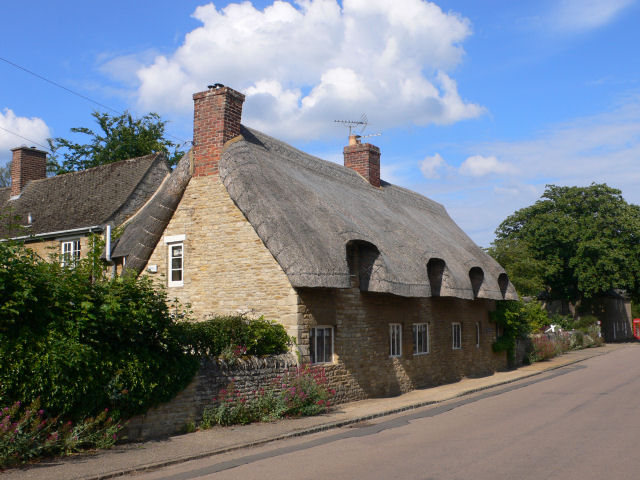 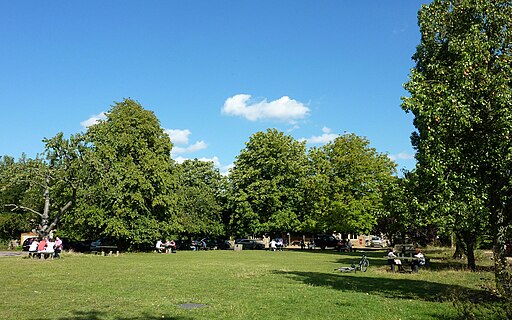