The village of West Meon is in a splendid location for exploring the lovely Meon Valley and the South Downs. There's a number of waymarked walking trails passing through the area which can easily be picked up from the village. This 12 mile loop walk uses several of these trails to visit some of the highlights of the area. You'll enjoy climbs to Old Winchester Hill and Beacon Hill where there's fine views over the South Downs.
The walk starts just to the east of the village where you can pick up the start of the Meon Valley Trail. The shared cycling and walking trail runs along a disused railway track from West Meon to Wickham with great views of the Meon Valley. Follow the trail south to Hayden Farm where you can pick up the Monarch's Way long distance trail. This takes you south past Peake Farm to The South Downs Way which will take you up to Old Winchester Hill.
The 197 metres (646 ft) summit is a splendid viewpoint and includes a chalk grassland nature reserve with a wide variety of butterflies and wildlife to look out for. These include buzzards, kites, roe deer and foxes. On a clear day you can see as far as the coast and the Isle of Wight.
After taking in the views the route descends to Old Winchester Hill Road which you follow north west to Warnford. The trail loops round to the west to climb Beacon Hill. The chalk hill lies on the boundary of the parishes of Warnford and Exton, commanding fine views over the Hampshire Basin, the lower Itchen Valley, the New Forest, the Solent, Portsmouth's Spinnaker Tower and the Isle of Wight. The area is also a nature reserve with lots of interesting flora and fauna, including twenty-five species of butterfly.
The route then descends south east to Exton before picking up the Meon Valley Trail near Meonstoke. You then follow the trail north back to West Meon where the route finishes.
The village is also located close to the Forest of Bere where you can try the nice woodland trails at West Walk and Creech Woods near Denmead. If you head east along the South Downs Way you could also visit the village of East Meon.

Just to the north there's the splendid Hinton Ampner near Cheriton. Here you can explore the beautiful gardens surrounding a fine stately home. In Cheriton there's a noteworthy 13th century church, some picturesque thatched cottages and the site of the Battle of Cheriton which took place as part of the English Civil War in 1544. You will also find the source of the River Itchen just south of the village. 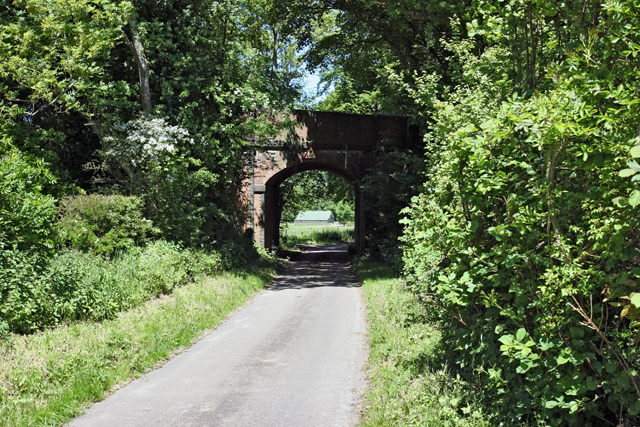 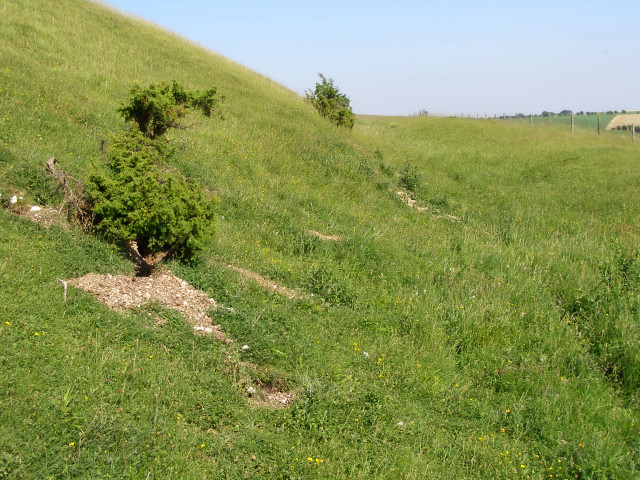 Juniper bushes on the south-facing rampart of Old Winchester Hill 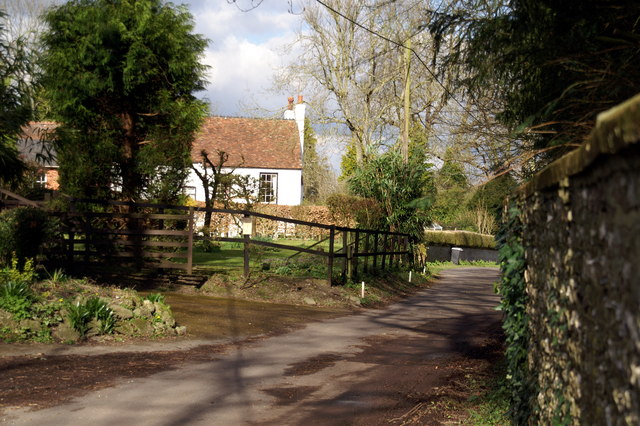 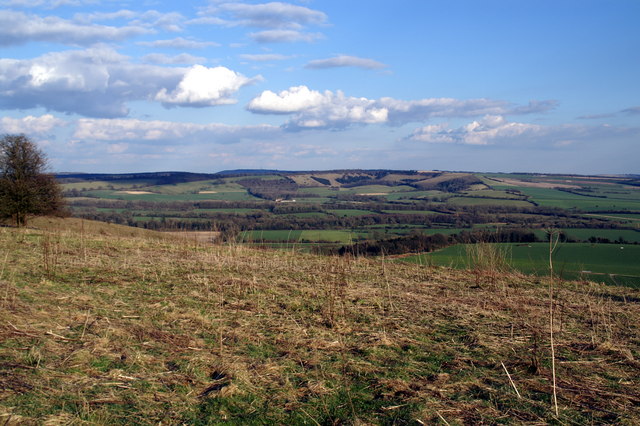 The top of Beacon Hill by the trig point, looking towards Old Winchester Hill with Butser Hill beyond