This circular walk takes you around the central part of this fine city before heading along the River Witham. On the way you'll visit the historic cathedral and the lovely Lincoln Aroboretum.
The walk starts at Lincoln Cathedral where you can pick up the Viking Way. The structure is one of the most impressive cathedrals in the country daing back to 1072 when construction commenced. It was built in the Early Gothic style and for hundreds of years held one of the four remaining copies of the original Magna Carta, now securely displayed in Lincoln Castle.
From the cathedral you head south east along the waymarked trail to the Arboretum which was created in 1870. The Grade II listed park has a series of surfaced footpaths taking you to beautiful gardens, lakes and fountains. It's a splendid place for a stroll in the centre of the city.
The route then heads east through the city to Greetwell Hall where you turn south to meet with the River Witham. You can then follow a footpath west along the river where there are nice views back to the city. On the southern side of the water there's also the option of following the Water Rail Way. This shared cycling and walking route runs along the route of the former Lincoln to Boston Railway Line. The paths will take you west back into the city centre where you can turn north to return to the cathedral. You'll also pass Lincoln Castle on the walk. The Norman castle was constructed during the late 11th century by William the Conqueror on the site of a pre-existing Roman fortress. You can tour the interesting castle and see one of the four surviving originals of the Magna Carta, sealed by King John after his meeting with the Barons at Runnymede in 1215.

The Cardinal's Hat is a pub full of character in the city centre. The pub was built in the 15th century and reputedly named after Cardinal Wolsey, Bishop of Lincoln 1514-1515. It's a fine old building and well worth a visit for the history. They also have a great range of ales and have a particularly excellent selection of cheeses. You can find the pub at 268 High Street with a postcode of LN2 1HW for your sat navs.
The Victoria is also nearby and another good option. They have a nice garden area to sit out in right under the castle gate house. They can be found at 6 Union Rd, LN1 3BJ.

The river paths to the east of the city make for a nice dog walk. There's also some nice woodland and waterside trails in nearby Hartsholme Park. The Victoria pub mentioned above is also dog friendly.

To the south west of the city there's a couple of fine sites to visit. Hartsholme Country Park is closer and has some lovely waterside paths along a series of lakes. Near the park there's the historic village of Skellingthorpe. There's some interesting buildings and the splendid ancient woodland of Old Wood to see here. Near the village you'll also find the Elizabethan manor house of Doddington Hall. The hall has some beautiful gardens, retail outlets, a bike shop and a mountain bike trail. Whisby Nature Park is a little further away and is a great place for wildlife watching.
The long distance Spires and Steeples walk starts in the city and will take you to Sleaford, passing through the countryside and visiting some historical villages on the way.
For more walking ideas in the county see the Lincolnshire Walks page.

Lincoln Cathedral. Taken looking north from a footbridge across one of Lincoln's main roads. The twin western towers are 206' high; the central tower is 271'. 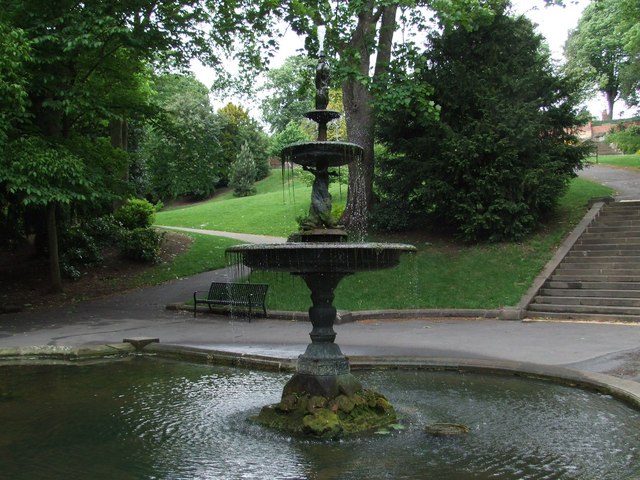 The Arboretum, Lincoln. One of the restored fountains in the park. This one stands at the west of the 300m long terrace. The Arboretum was designed and laid out between 1870 and 1872 by Edward Milner. It has two ponds, a variety of plants and a playground for the kiddies. The whole site is 8.8 hectares. Five years ago Ł3 million worth of restoration work was carried out in the park. 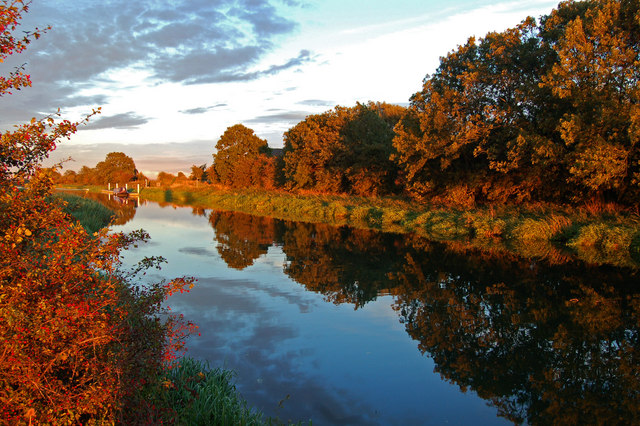 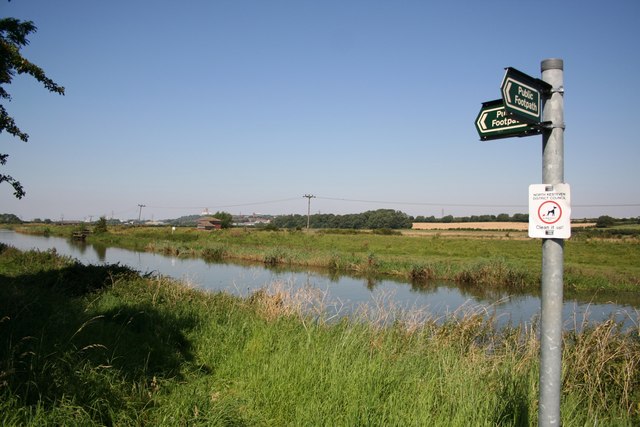 Footpath alongside the former railway and River Witham 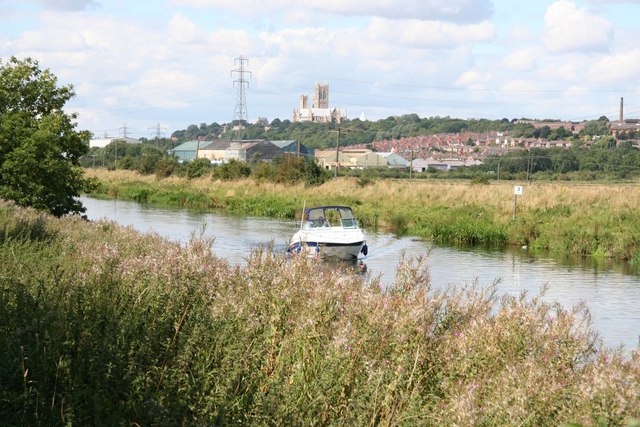 View to Lincoln. Looking towards Lincoln from the Water Rail Way 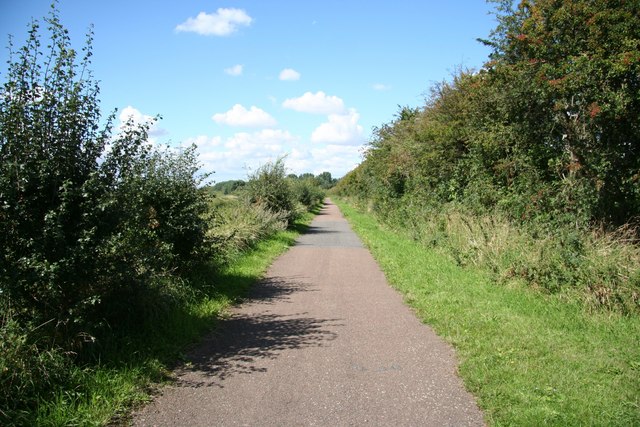 Beech maze, Arboretum. This maze was planted during the renovation of the Arboretum, following the plans of the original. As the hedges are kept short, it is popular with children as they cannot see a way through the maze, and with adults as they can keep an eye on the children.

Lincoln Castle. The East Gate - The gatehouse and turrets are an addition to the plain Norman arch as when built. There is a gift shop inside and to the left of the archway.