Crewe Walks - Near and Around

This Cheshire based town is famous for its train station which is one of the largest stations in the North West and a major interchange station on the West Coast Main Line. For walkers there's a pleasant town park and to the west the Shropshire Union Canal towpath.
This short circular walk in the town visits the picturesque Tipkinder Park and Queen's Park. In the park there's some nice surfaced footpaths taking you around the landscaped gardens and the pretty lake where you can feed the ducks and swans. It's a fine place for a peaceful stroll in the town centre.

CW2 7SE - Please note: Postcode may be approximate for some rural locations

The park is a pleasant place for a dog though it is best to keep them on leads due to the wildlife.

The Crewe and Nantwich Circular Walk is a popular way of exploring the area surrounding the town. The waymarked footpath takes you through the countryside and villages surrounding Crewe and neighbouring Nantwich. There's the opportunity to link up with the Shropshire Union Canal on the trail as well.
To the east of the town you'll find the noteworthy Crewe Hall. The 17th century mansion is open as a hotel and includes some lovely parkland surrounding the historic hall.
For more walking ideas in the area see the Cheshire Walks page. 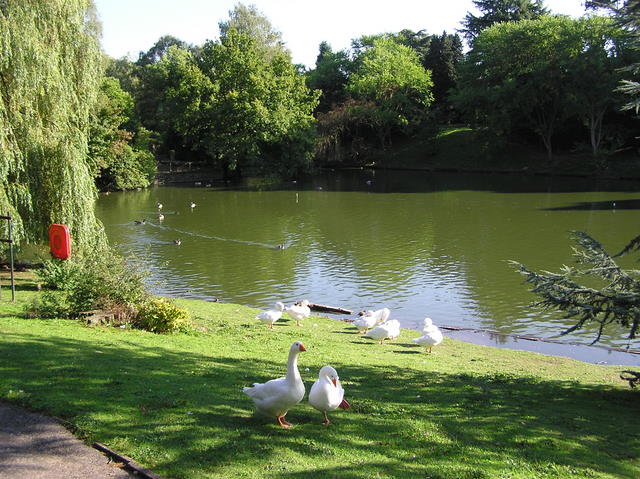 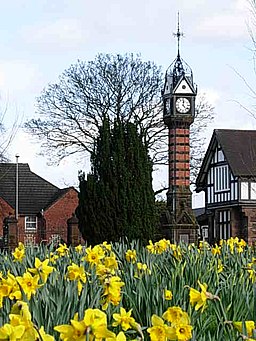 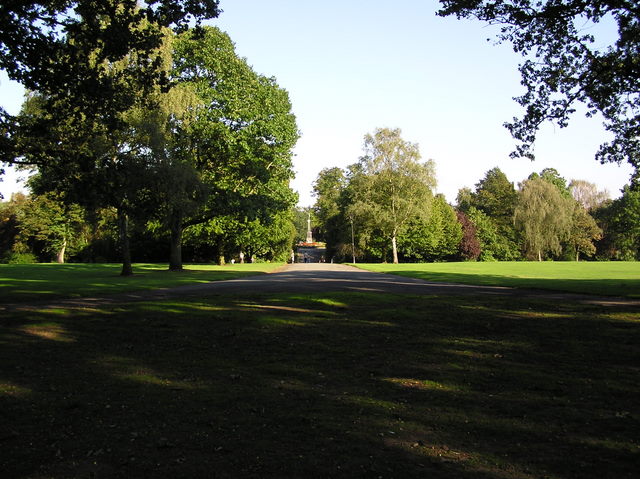 Crewe Hall Grade-I-listed mansion. The right (eastern) half was completed in 1636 and formed the original Jacobean mansion. The left (western) half dates from the Georgian era and was originally the service wing; the tower was added c. 1870 by E.M. Barry. On the far left is an extension by Thomas Bower dating from 1896. The mansion straddles this square and SJ7354. For more information click here.

Crewe Station. The frontage of Crewe station on Nantwich Road is disappointingly undistinguished given the significance of the location to the railway network. It is also quite a step from the town centre. The large office block in the background is Rail House. 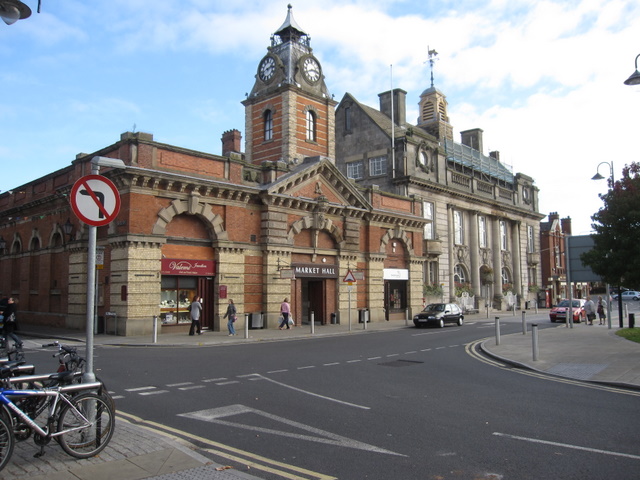 The Market Hall, Crewe. Looking across Prince Albert Street towards the Market Hall. The large grey building to the right of the market is the Municipal Building.