This Leicstershire based market town has some nice country trails to follow through the Swift Valley and a small local country park to visit.
This circular walk explores the countryside and villages to the east of the town. On the way you'll visit neighbouring Misterton and Walcote while enjoying views of the countryside of the River Swift valley.
The walk starts on the eastern side of the town where you can pick up footpaths heading past the motorway towards the Thornborough Spinney woodland area. You then turn south to visit the village of Walcote, crossing the River Swift as you go.
The walk then heads west to Misterton, passing the old Misterton hall where there are gardens and a pretty lake. The route then heads noth west to return to Lutterworth.
To continue oyur walking around Lutterworth head to the western edge of town to visit Lutterworth Country Park. There's some nice footpaths around a small lake here. You can find the park on Brookfield Way with postcode LE17 4FN for your sat navs.

LE17 4EZ - Please note: Postcode may be approximate for some rural locations

Back in the town The Elms does a fine carvery which you can enjoy in the garden area. You can find them at St Johns Business Park, LE17 4HB.
You could also head a little to the north west and visit the village of Bitteswell where you'll find the 17th century Olde Royal Oak. They have a lovely large well kept garden which over looks the three village greens. You can find them on Valley Lane, Bitteswell, LE17 4SA.

The country trails make for a fine dog walk and the Royal Oak mentioned above is also dog friendly.

Frank Whittle, inventor of the jet engine, developed some of the world's first jet engines at the British Thomson-Houston works in Lutterworth, and in nearby Rugby, during the late 1930s and the 1940s, with his company Power Jets.  There is a memorial garden with a plaque located in the town on Church Street. A replica of his first jet aircraft the Gloster E.28/39 also stands in the middle of a roundabout just south of the town.
If you head a few miles north of the town you can pick up the Leicestershire Round around Dunton Bassett and Leire.
Just to the east there's Stanford Reservoir and the town of Welford where there are two pretty lakes and the River Avon to see.
For more walking ideas in the area see the Leicestershire Walks page.

Looking south along the Lutterworth High street. The road is quiet in this Sunday morning view, although traffic is normally heavy here. Many of the town's shops are in Church Street leading off to the right.

The bridge carrying the A426 Rugby Road over the River Swift in the town. 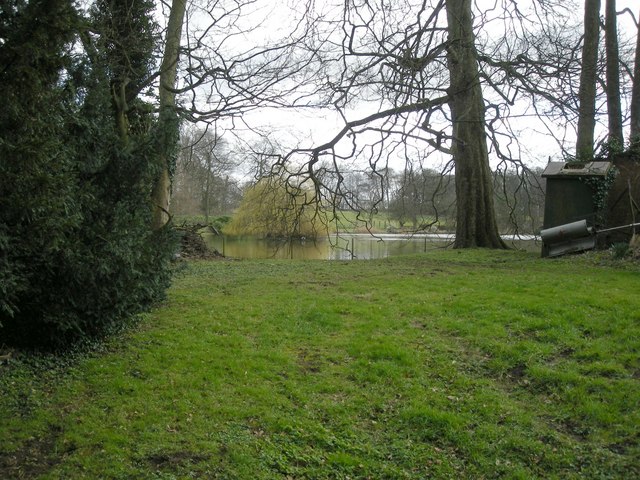 The Lake at Misterton Hall. Looking from the road near the Church. 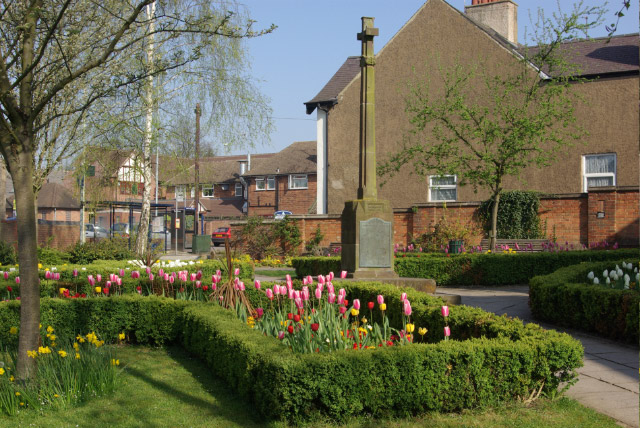 Frank Whittle Memorial Garden, Lutterworth. Documents relating to Whittle's development of the jet engine are displayed at the town's museum.