The South Bucks Way runs from Coombe Hill near Wendover to Denham near Uxbridge for a distance of approximately 23 miles.
You begin at the top of Coombe Hill with splendid views of the surrounding countryside and descend towards Great Missenden where you will pass the Abbey and join the River Misbourne.
The route then follows the river through Little Missenden and the pretty Shardeloes Park where there are some picturesque lakes and a fine old mansion house. You then pass through Amersham, Chalfont St Giles and Chalfont St Peter before joining the River Colne for the final stretch into Denham, where you finish by the Grand Union Canal.

The route finishes near the West London town of Uxbridge which has an interesting history as the site of the attempted negotiations between King Charles I and the Parliamentary Army during the English Civil War. The public house at the centre of those events, since renamed the Crown & Treaty, still stands and is worthy of some investigation. The pub is Grade II* listed, and dates from 1576. There is even an album named after the pub by mercury prize nominated band Sweet Billy Pilgrim. The pub does very good food and also has a fine outdoor bar for the summer months. You can find the historic inn on Oxford Road at postcode UB8 1LU for your sat navs.

The route is coincident with the Chiltern Heritage Trail, another long distance trail running through the area.
For more walking ideas in the area see the Buckinghamshire Walks page.

The trail in Shardeloes Park in Amersham.

Ridgeway View from the war memorial. 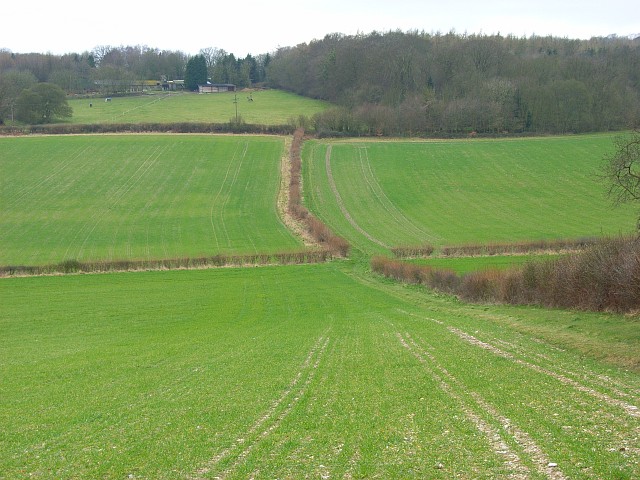 Farmland, Little Hampden. Cereal fields on the approach to the hamlet 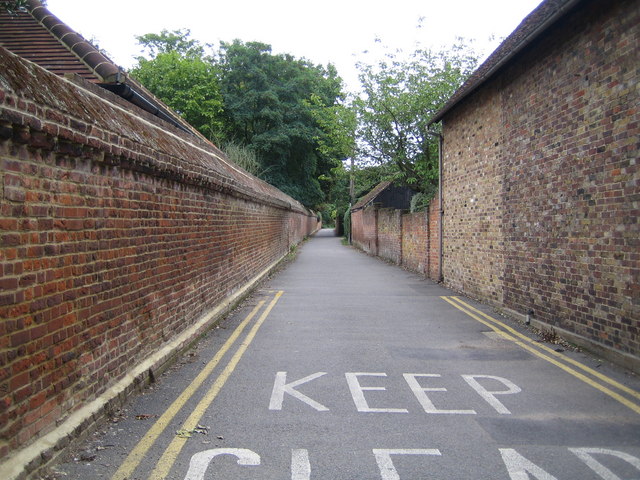 Denham: The Pyghtle. Pyghtle (or pightle) is an endearing Anglo Saxon word to describe a small enclosure of land. This one is now a public footpath and goes from Denham Village to Denham railway station. It is also now on the route of The South Bucks Way.