The Warwickshire market town of Southam is located in the Stratford-on-Avon district of the county.
It's a nice area for walking with two rivers, woodland areas, nature reserves and the Grand Union Canal running just to the north. The town itself is also a pleasant place for a stroll with interesting architecture, including a mix of Tudor and 17th century buildings.
This walk from the town explores the countryside to the west of the town before visiting Ufton Wood and the Ufton Fields Nature Reserve. On the way there's some nice countryside and views of the River Itchen and River Stowe to enjoy.
The route starts in the tourist information centre in the town and heads west along the River Stowe to Stoney Thorpe Mill on the River Itchen. You'll pass the Holy Well, perhaps the most ancient holy well in the country. It was first mentioned in 998 and includes 18th century and medieval features.
You continue west past the same named farm and hall before skirting the edge of Ufton Wood and Long Itchington Wood.
The path then comes into the village of Ufton, heading south into the Ufton Fields Nature Reserve. The reserve has some nice woodland trails, information boards and a small lake. It's a good spot to look out for flora and fauna.
After exploring the reserve you head south east to Flax Hill before heading north east to Ufton Hill Farm. Shortly after you across the Leamington Road to return to Southam.

The Crown Inn is a nice place to go for some post walk refreshments. There's an attractive interior with wood beams, open fireplaces and oak floors. They do good food and can be found at 5 Daventry St with a postcode of CV47 1PH for your sat navs.

This walk follows a section of the Warwickshire Centenary Way in the Ufton area. You could continue your walking in the area by following the waymarked trail south to neighbouring Harbury where there's a 16th century timber framed pub and a 13th century church to see. If you follow it north it will take you to the Grand Union Canal where you can pick up the towpath and enjoy an easy waterside stroll.
Draycote Water is located about 6 miles from the town. There is a flat 5 mile path surrounding the park's reservoir which ideal for cycling and walking.
A short distance south west of the town you'll find the 17th century Chesterton Windmill. The Grade I listed mill is something of a local landmark and the earliest tower mill in England to retain any of its working parts. There's a liitle public footpath at the site with fine views of the picturesque mill and surrounding countryside.
Just to the north is the neighbouring village of Long Itchington. The village includes a picturesque green and several historic buildings, including a half-timbered Tudor house at which Queen Elizabeth I is said to have stayed in 1572.
Just to the east there's the worthy village of Napton on the Hill. Here you'll find a 12th century church and nice walks along Napton Reservoir and the Oxford Canal Walk. There's also a fine canalside pub for rest and refreshment after your exercise.
For more walking ideas in the area see the Warwickshire Walks page.

River Itchen, near Southam. Seen here from the Welsh Road bridge, the River Itchen, a tributary of the Leam, is a muddy colour reflecting the heavy rainfall of the previous 48 hours. The name 'Itchen' is of interest; there is a larger and much better known Itchen in Hampshire, but virtually nothing is known of the origin of the word. It is believed to be pre-Celtic, but its meaning and significance are lost in the mists of time.

River Stowe. The River Stowe flows east-to-west through Southam, Warwickshire. This view is looking west from the recreation ground below St James church. In the background, a new housing estate is being built in the river's floodplain. 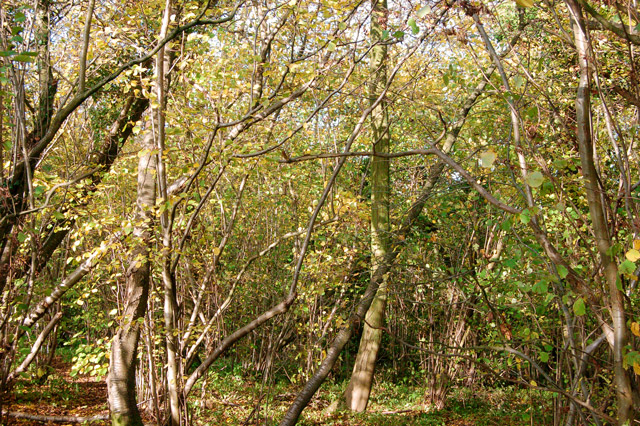 Sunlight and shade in Ufton Wood

Ufton Wood. Seen from the footpath across the fields from Ufton village 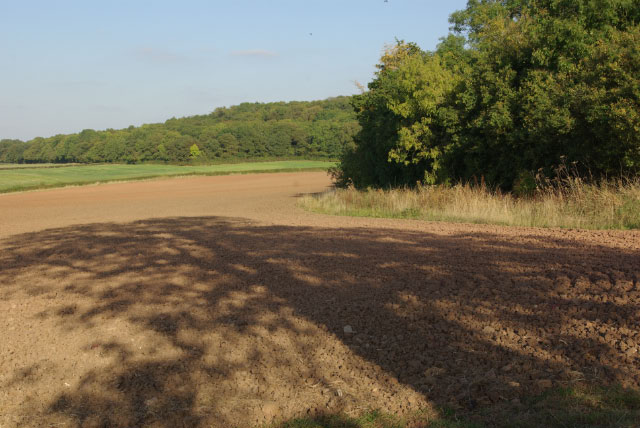 Ufton Wood. The late afternoon sun casts long shadows over the fields by Ufton Wood. Ufton and Long Itchington Woods (basically the same area of woodland) are amongst the best examples of surviving ancient woodland in the Midlands. 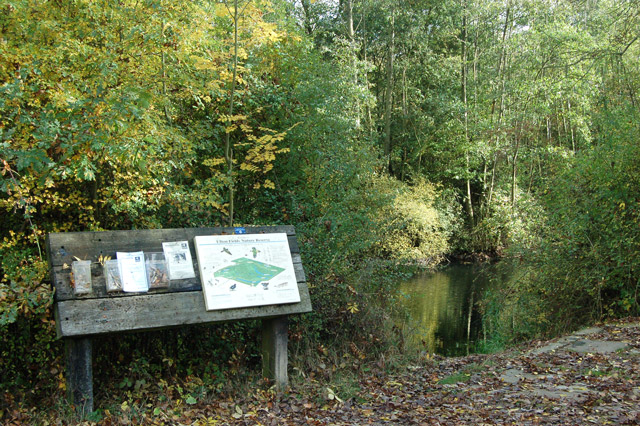