This Warwickshire based village has some nice canal paths and a fine waymarked long distance footpath to try. There's also a few local pockets of woodland and a pretty nature reserve to enjoy. The village itself includes a picturesque green and several historic buildings, including a half-timbered Tudor house at which Queen Elizabeth I is said to have stayed in 1572. There's also the old Manor House in the square which dates from the 15th century.
This walk from the village follows the Grand Union Canal Walk and the Warwickshire Centenary Way to Ufton Wood and Long Itchington Wood. It's fairly easy walking with the waterside paths and some nice trails around the nature reserve area in Ufton. There is a small climb in Ufton Wood where there's some good views to enjoy from the high points.
The walk starts to the south of the village where you can pick up the canal towpath and follow it west towards Longhole Bridge. The route then turns south along the Centenary Way to visit Ufton and the Ufton Fields Nature Reserve. There's woodland, ponds and lots of widlife to look out for in this area. After exploring the reserve you can pay a visit to the neighbouring Long Itchington Wood, just to the north east. The route then retraces its steps back to the village.

The Southam Walk is a good way to continue your walking in the area. It also visits Ufton as well as the River Itchen and River Stowe which run through the area.  The neighbouring town is well worth exploring too, with its Tudor buildings and 17th century architecture to admire.
For cyclists National Cycle Route 41 runs through the area.
Just to the south you'll find the picturesque village of Harbury where there's a 16th century timber framed pub and a 13th century church to see.
For more walking ideas in the area see the Warwickshire Walks page. 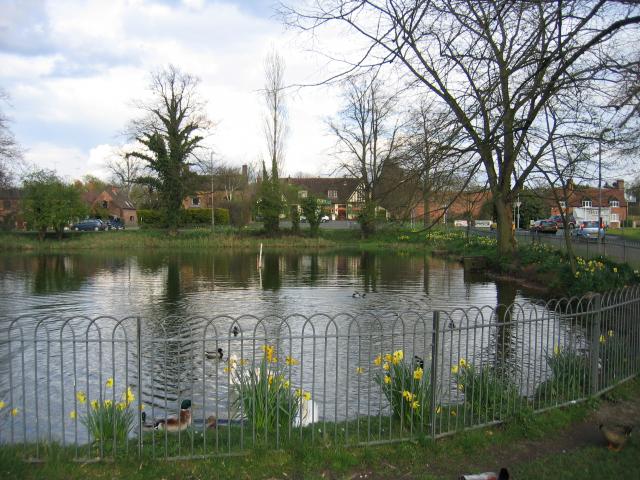 Long Itchington. Ducks on the village pond, with the appropriately named Duck on the Pond public house in the distance.

View from Ufton. Looking WNW from the footpath to Ufton Wood, with Ufton Hill in the foreground and Crown Hill just to the left of centre of the picture. 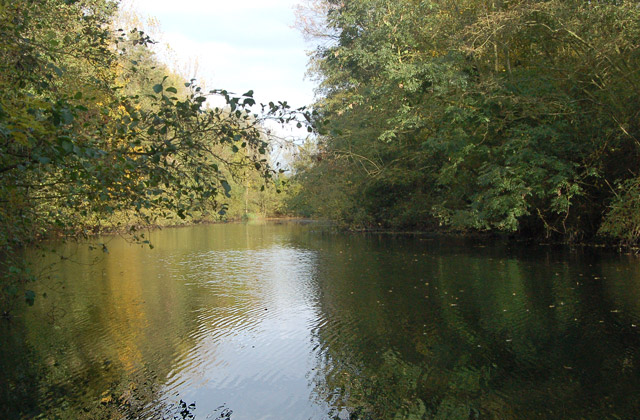 Footpath along the headland beside Ufton Wood