This Somerset based town is located on the northern slopes of the Mendip Hills and also close to the Cotswolds Hills AONB. There's nice walks through the Wellow Valley and easy rail trails along disused railway lines to try.
This walk from the town follows an old railway line along the Wellow Brook to the nearby village of Wellow. You'll pass a number of pretty brookside villages and a noteworthy ancient site at Stony Littleton.
The walk starts from West Hill Gardens and heads east past the old church to the eastern side of the town. Here you can pick up the shared cycling and walking trail and follow it east past Tyning, Lower Writhlington, Shoscombe and Stony Littleton where you will pass an ancient Long Barrow to the south of the brook. Shortly after you come into the little village of Wellow.

BA3 3RR - Please note: Postcode may be approximate for some rural locations

The Railway Hotel is a good choice for post walk refreshment. You can find them on Welton Road at postcode BA3 3RR for your sat navs.

The waterside trails is a nice one to do with your dog. The Railway mentioned above is also dog friendly.

Just to the west there's the neighbouring town of Midsomer Norton where there's nice trails along the River Somer in the town centre and a historic 17th century priory. You can reach the town by following the Five Arches Greenway west from Radstock. The greenway is a shared cycling and walking trail along a disused railway line.
To the north there's more waterside paths along the Cam Brook around Dunkerton and Carlingcott. The waymarked Limestone Link can be picked up in this area and used to explore the area further.
In the nearby village of Clutton you can join with the Three Peaks Walk and explore the beautiful Chew Valley. Heading west along the trail will take you to the popular Chew Valley Lake. The pretty Litton Reservoir is also located in this area.
To the east there's the worthy village of Norton St Philip where you'll find a historic 14th century pub which claims to be the oldest in the country.
For more walking ideas in the area see the Somerset Walks page. 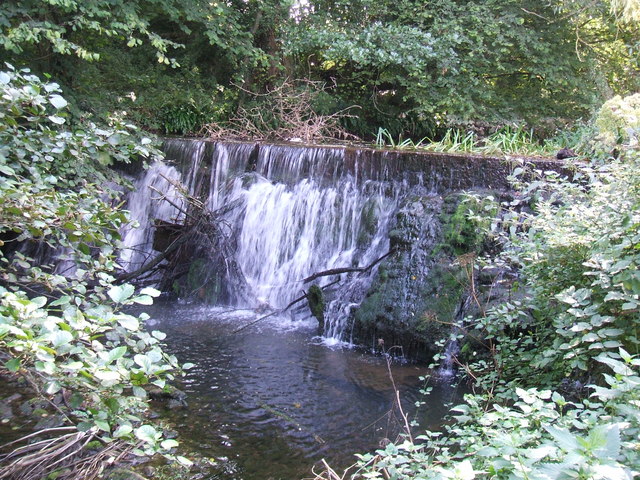 Waterfall near St. Nicholas Church, Radstock. The waterfall was created to form a bathing place for the Radstock miners and was popular in the early years of the 20th Century. 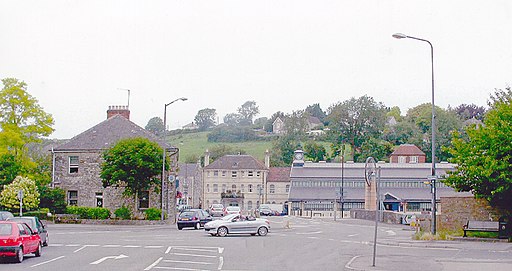 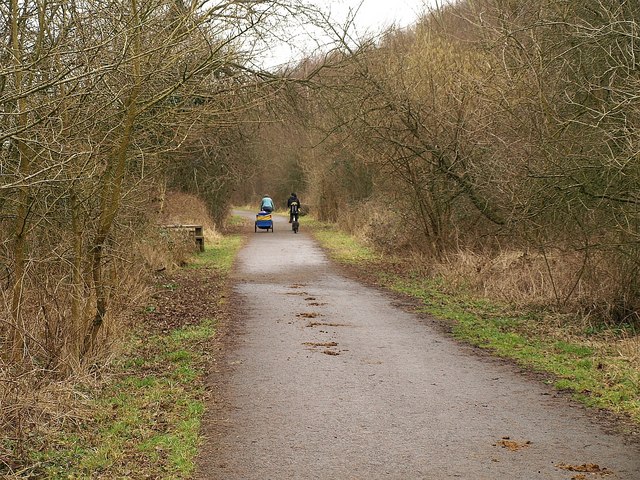 NCN cyclepath 24. The cyclepath follows the Somerset & Dorset Railway line along the valley of the Wellow Brook. Here it approaches the site of Writhlington colliery which is now the Writhlington Site of Special Scientific Interest. The site includes 3,000 tons of Upper Carboniferous spoil from which more than 1,400 insect fossil specimens have been recovered.

Cottage at Foxcote Mill. The mill, out of sight beyond the cottage, is now disused. Wellow brook is on the left near the edge of the frame. On the other side of the valley some of the arches in the old railway viaduct can be seen and beyond that a few houses south of Shoscombe. 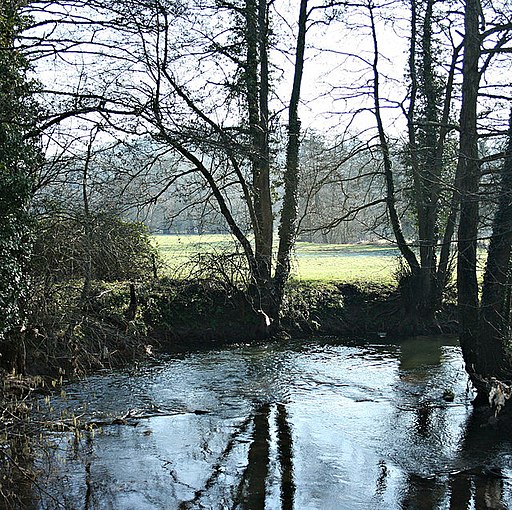 Statue, The Church of St Julian the Hospitaller, Wellow. Wellow is only one of seven churches in England dedicated to the patron of all wayfarers. He is better supported in Europe and the Middle East, with stained glass at both Chartres and Rouen Cathedrals, but is mentioned in the Prologue of Chaucer's Canterbury Tales. There are two versions of his story, agreeing in general apart from the reason for his acts of charity only being penitence for murder, the other (with his equally devoted wife) the result of a vision on his marriage night. Dedicated in the 9th century, the story was first quoted by St Antonine in circa 387AD. However, many later writings claim the former to be entirely mythical, since he has no fixed date, no country of origin, nor tomb or record of burial, while the latter is usually a joint dedication with that of his wife, Bassilissa.