Enjoy a nice circular walk around the centre of St Albans, visiting Verlulamium Park, the Watercress Wildlife Site and the River Ver.
The walk starts from Abbey Rail Station and follows footpaths west through the park to the lake. The park has a fascinating history stretching back 2000 years. It is named after the Roman city of Verulamium on which it now stands. Near the lake you can still see some of the Roman city wall and visit the interesting museum. Around here you can pick up the Ver-Colne Valley Walk and follow it south east along the River Ver. You'll pass Cottonmill Bridge before coming to the ruins of Sopwell Priory. The priory was built c. 1140 by the Benedictine abbot of St Albans Abbey, Geoffrey de Gorham and was a cell of St Albans Abbey. Near here you will also find the Watercress Wildlife Site, a pretty riverside nature reserve. The site has a wide variety of wildlife, including water rails, kingfishers, little grebes and muntjac deer. The route then returns to the train station along Prospect Road.
At the eastern end of the route you will come close to the Alban Way. This shared cycling and walking trail follows the old Hatfield to St Albans railway line and is a good way of extending your walking in the area.
Also nearby is Heartwood Forest where there's several good waymarked trails to try. The long distance Watling Chase Timberland Trail and Hertfordshire Way run through the area too.

Head a few miles south and you can visit the idyllic village of Shenley. Here you can try the circular Shenley Walk which visits the training grounds of Arsenal F.C and Watford F.C before heading to the village of London Colney where you can enjoy lovely river walks along the River Colne. The walk also visits the noteworthy de Havilland Aircraft Museum. The museum is one of the highlights of the area and a must see for aircraft enthusiasts. There's a wonderful collection of aircraft including the de Havilland Mosquito which is the only surviving World War II twin piston engine prototype of a combat aircraft to be preserved in the World. It can now be viewed by the public on the very site where it was designed and built.
For more walking ideas in the area see the Hertfordshire Walks page. 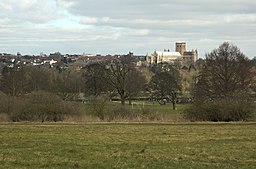 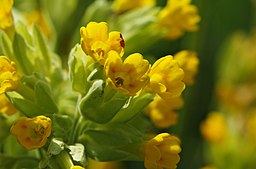 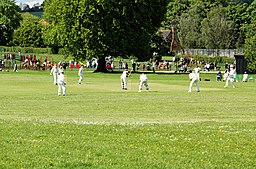 River Ver outside the Fighting Cocks in St Albans.