This is the complete route for National Cycle Route 3 in the south west of England.
The route starts on the Cornish coast at Land's End and takes you through Devon and Somerset before arriving at Bristol. It runs for a distance of about 327 miles. Along the way there's some splendid traffic free sections, most notably along the Pentewan Trail, the Bridgwater and Taunton Canal, the Tarka Trail and the Camel Trail.
At the start you'll use the Cornish Way and pass Bude, Mevagissey, St Austell, the Eden Project and Bodmin Moor. You'll also head across Dartmoor passing highlights such as Rough Tor and Brown Willy.
Sections through the wonderful scenery of Exmoor and the Mendip Hills enhance the ride further. Towards the end of the route you'll pass Chew Valley Lake, Glastonbury Tor, Wells and Chew Magna before arriving in Bristol.
Please scroll down for a map, a selection of routes using the trail and a gpx download.

The route is coincident with National Cycle Route 33 which runs from Bristol to the Devon coast at Seaton. 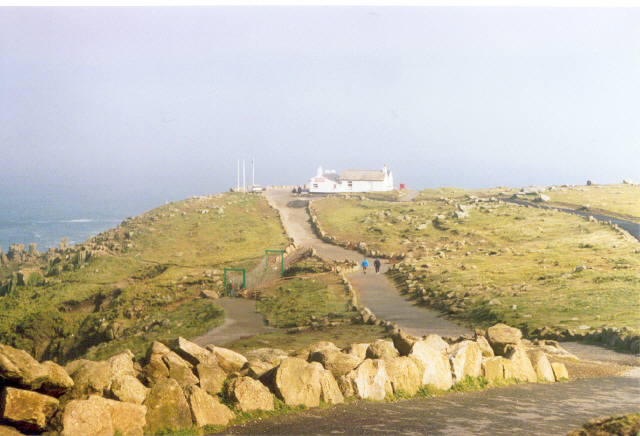 St Austell River and Pentewan Railway trail The route of the old 2'6" gauge Pentewan railway provides a pleasant walk along the river from London Apprentice to the harbour at Pentewan. The railway opened in 1829 to support the china clay industry. It was horse-powered until 1874, after which steam locomotives took over. The line closed in 1916 when heavy silting closed the harbour.

Cyclists on the Camel Trail. Looking east along the Camel Estuary adjacent to one of the many rest stops along the trail.

Bridgwater and Taunton Canal. The canal at Maidenbrook, looking west from the bridge carrying Venture Way. The towpath carries NCN cycle route 3 and (just from this point westwards) the East Deane Way.

Milepost One of 1000 special mileposts funded by the Royal Bank of Scotland. Route 3 runs from Bristol to Lands End. The section here, near Newlyn, has a generous dedicated cycle lane. 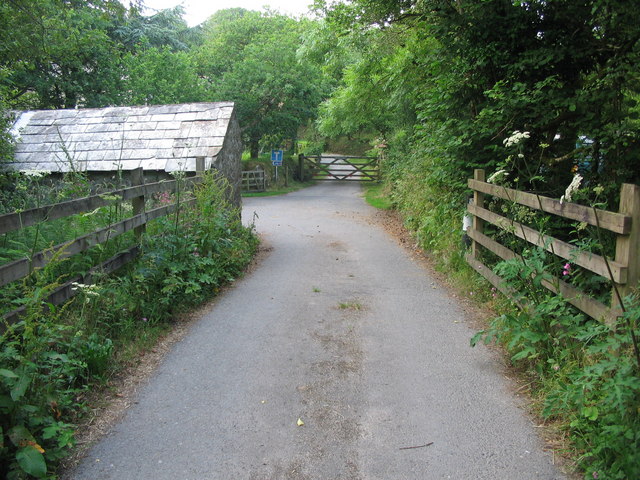 Approaching Roseny Mill. A view looking north along the trail, looking across a bridge over a small brook on the approach to the sharp turn at Roseny Mill. 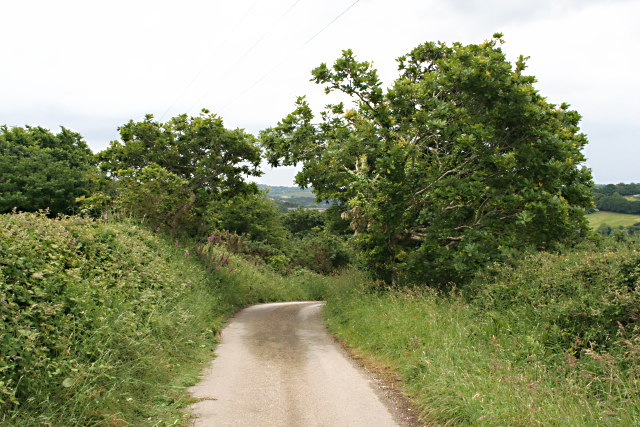 Road and Cycleway. Part of route 3 this is marked on the map as a 'byway open to all traffic' which in Cornwall are normally unmetalled tracks, this however is tarmacked just like a normal minor road. 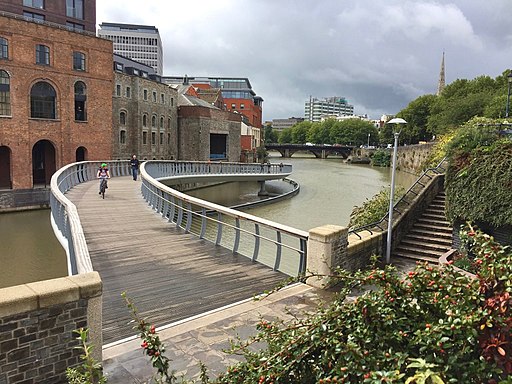 Castle Bridge, Bristol, UK. Seen from the southern side of Castle Green, the footbridge across the Floating Harbour connects the park and the Finzels Reach development.